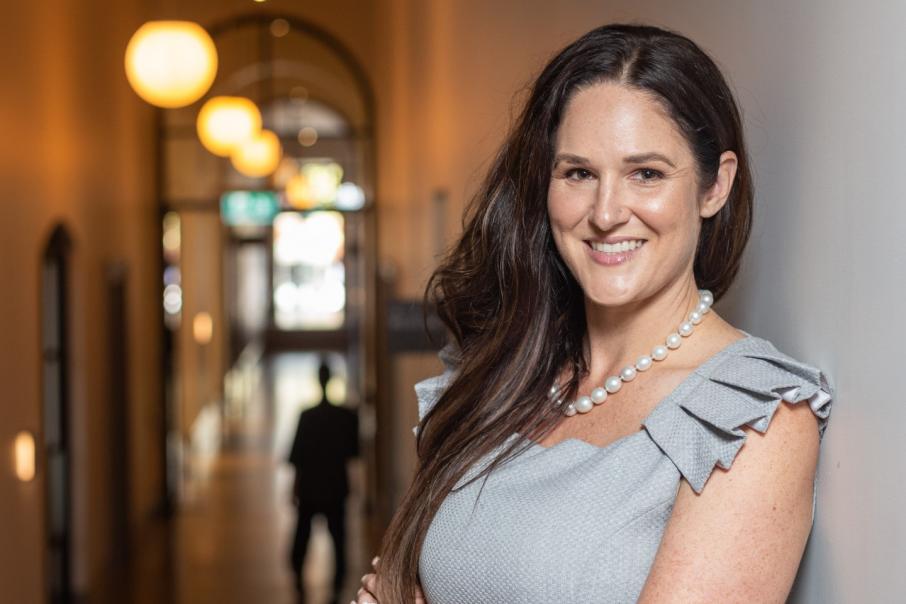 Incumbent 40under40 First Amongst Equals, Hannah Mann, says the award a year ago provided much-needed validation for her pharmacy business model.

Hannah Mann has spent a decade working to deliver a community-focused model of pharmaceutical care for Western Australia’s northern, rural and underserved expanses.

In her role as managing director of Kimberley Pharmacy Services, Ms Mann has opened pharmacies in Broome, Derby and Fitzroy Crossing, drawing on community feedback to ensure its facilities can cater to patients throughout the region.

She told Business News a key goal for KPS had been to build outlets to rival the quality of care available in urban areas.

Ms Mann’s ambition and success in leading the pharmaceutical chain were key factors in her being named First Amongst Equals at the 2019 40under40 awards, recognition awarded to Northern Star Resources managing director Bill Beament and Blackburne managing director Paul Blackburne in previous years.

Ms Mann said the award came as much-needed validation; despite her achievements, she said, she had never been completely confident of her business acumen until that point.

“I always thought that was why I wasn’t a businessperson. Now I’ve worked out that I can be a businessperson and my patients can come first, because that’s what makes my business successful.

First awarded in 2002, 40under40 recognises WA’s young business entrepreneurs for their commercial and philanthropic endeavours, with this year’s event to be held at Crown Perth on March 26.

Ms Mann said confidence in her belief that good outcomes for patients made for good business had strengthened during the past 12 months.

“My priorities are still the same and the patients come first, but what I’ve learned in the past year is there’s nothing wrong with that,” she said.

While the prize came as a morale boost for Ms Mann, it also brought tangible benefits, with the subsequent publicity driving interest in the company among possible business partners.

“We got a lot of enquiries [after winning First Amongst Equals] about what we did, but also what people could do to support us,” she said.

“That involved working with people to look at what our priorities were, what we stood for, and how we could translate that better.”

Among the businesses with which KPS had interacted since 40under40 was Integral Development, a Perth-based consultancy firm that took an interest in Ms Mann’s approach to expanding pharmaceutical care for the state’s rural and remote communities.

She said Integral had helped her undertake and develop a business restructuring, laying out a 10-year plan for a technological transformation of the business.

So far, that’s included a refit of its Broome pharmacy, which has included a fully automated, robotic dispensary.

“Being remote is always going to be a challenge,” she said.

“If we don’t harness technology to solve issues like medication in remote areas, it’s a missed opportunity.”

That non-traditional approach to expansion would be vital to KPS in the coming decade, as Ms Mann said technology would allow existing pharmacies to pay closer attention to individual patients.

She said she wanted to see innovative models of healthcare, such as telehealth services, implemented by KPS in a way that could solve access inequality for patients in rural areas.

“It’s around what we can do to support remote health services through tele-pharmacies, and different funding models to get more pharmacists into communities more often,” Ms Mann said.

“We have thousands of patients who have chronic conditions with regular medications who, if they lived in a city, would be walking into a chemist every month and speaking to a pharmacist.

“Why can’t we have a model that’s the same as that?

“It’s unacceptable that we have a system in Australia where people can’t just access medication when they need it.