A privately owned WA airline has taken the lead on an innovative new service as the state government continues its review of regional aviation. 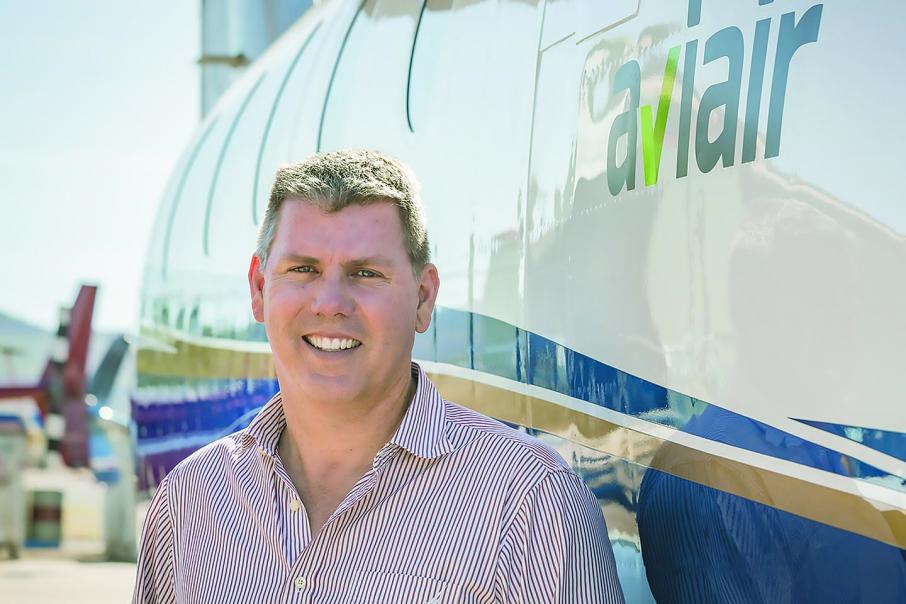 Michael McConachy says Aviair will be carrying most of the financial risk on its new services. Photo: Landi Bradshaw

A privately owned WA airline has taken the lead on an innovative new service as the state government continues its review of regional aviation.

Private airline Aviair has launched a network of inter-regional flights in the Pilbara and Kimberley, offering a range of air travel options not previously available.

Scheduled aviation services within Western Australia are almost exclusively between Perth and regional centres, with very few options for people wanting to travel between towns and cities.

Aviair already offers a range of charter services in northern WA, and will offer the new scheduled services from mid August.

With support from the City of Karratha and Newman-based Shire of East Pilbara, it will offer services between Karratha, Newman, Broome and Port Hedland.

In addition, Rio Tinto has committed support for the introduction of a route between Karratha and Paraburdoo.

Aviair managing director and co-owner Michael McConachy said the new services received an enthusiastic reception when they were announced at a Developing Northern Australia conference.

“There were cheers from the crowd like I’ve never heard before,” Mr McConachy told Business News.

Mr McConachy said he had been working on the new services for the past two-and-a-half years.

“There has been market failure in aviation in the Pilbara and Kimberley for quite a while,” he said.

While the new services were subsidised, Mr McConachy emphasised they were a commercial decision.

“We’re taking the majority of the financial risk,” he said, adding the new services were not simply a trial.

“We’ve committed to this for five years.”

Mr McConachy said the new services would be substantially cheaper and much faster than flying via Perth, as many people currently did, as well as being safer and cheaper than driving.

City of Karratha Mayor Peter Long said getting inter-regional flights off the ground had been a priority for a number of years.

“After a number of years of hard work, this is a great example of progressive regional councils working together with industry partners to achieve a shared vision that benefits the entire region,” Mr Long said.

Rio Tinto Port, Rail and Core Services managing director, Ivan Vella, said the Paraburdoo Karratha route would make it easier for businesses, the community and Rio’s workforce to travel within the region.

Aviair is part of the Kimberley Experiences business run by Mr McConachy and co-director Geoff Hamilton.

Mr McConachy said the group employed about 200 people, with almost all of these in the regions.

The group’s turnover had grown 500 per cent during the past three years.

“We work closely with our communities and its good to do something that’s fundamentally important up here,” Mr McConachy said.

With a fleet of 30 aircraft, mostly with capacity for nine passengers, Aviair’s existing business includes charters for mining and petroleum companies and scenic tours.

This is one of seven regulated RPT services subsidised by the state government.

In addition, Aviair operates an unregulated RPT service between Kununurra and the remote community of Kalumburu that is not subsidised.

Darwin-based Airnorth and Skywest are the only other airlines offering scheduled services within northern WA.

Airnorth’s Embraer 170 76-seat jet flies daily to Kununurra and Broome from its base at Darwin.

It also has Perth-Kununurra and Perth-Darwin flights between May and October, which Airnorth said was in response to demand from both business and leisure travellers during the busy dry season.

Airnorth previously ran a service between Karratha and Broome, but this was halted in 2017 after four years of operation, as the route was not considered to be commercially viable given the size of the aircraft.

The new Aviair services have been launched as the state government continues its long-running review of regional aviation, with Transport Minister Rita Saffioti planning to release a draft state aviation strategy later this year.

This followed a review by a parliamentary committee, which found widespread concern across regional WA about the adequacy and cost of aviation services.

Nearly all designated RPT routes in WA run from Perth and therefore do not even cover the inter-regional routes to be serviced by Aviair.

Partnerships between airlines and local councils (which typically own local airports) are an increasingly common practice across regional WA.

A leader in this respect is Regional Express, which has numerous partnerships on the east coast and brought the model to WA when it was awarded the Albany and Esperance routes in 2015.

It has partnered with local councils and Perth Airport on each of its RPT routes to offer discounted ‘community fares’, and in some cases more frequent services.

It has adopted a similar scheme on its Carnarvon and Monkey Mia routes, which it took over in July 2018.

Partnering with Regional Express for these routes are the Shire of Carnarvon and the RAC, which operates the Monkey Mia resort.

“The committee did not receive any negative feedback with respect to Rex’s fares,” its 2017 report stated.

“There was little public outcry about airfares in Albany and Esperance, compared to other regional destinations visited by the committee.”

The committee also observed that community sentiment was far more positive in markets like Esperance and Albany, where Rex proactively engaged with the local community to explain cost drivers, route dynamics and service requirements.