Multiplex has collaborated with local company TENSA Equipment to utilise an automated lifting device the construction giant believes could be a game changer for the industry. 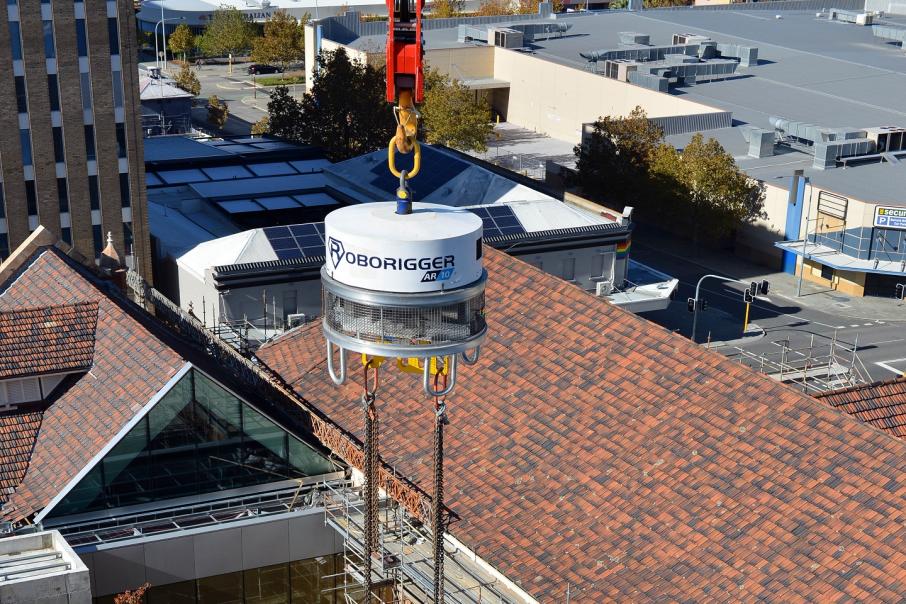 TENSA says the technology is the first of its kind to be used on a commercial construction site.

Multiplex has collaborated with local company TENSA Equipment to utilise an automated lifting device the construction giant believes could be a game changer for the industry.

West Perth-based TENSA said the technology was the first of its kind to be used on a commercial construction site and significantly improved safety by allowing riggers to control loads wirelessly from a safe distance.

The Roborigger device uses inertial forces to accurately rotate and orient crane loads, eliminating the need for workers to use taglines or be in close proximity to the load during the lifting and lowering phases.

Multiplex chief executive officer John Flecker said the company was quick to recognise Roborigger’s potential for safety in many industries.

“At Multiplex, we are always looking to find ways of making our sites and day-to-day operations safer, so it’s been a great opportunity to partner with TENSA in the research and development of Roborigger,” he said.

“The device perfectly aligns with our overarching strategy to be safer by design and focus on critical risks, removing the need for workers to be in the proximity of a high-risk activity.”

TENSA said it had been developing the Roborigger technology since 2016, with Multiplex support as an industry partner since 2017, coordinating Roborigger trials on commercial sites and providing user feedback

TENSA managing director Derick Markwell said the company initially developed the technology to address the challenging task of installing wind turbine blades when the wind was greater than the current limit of 12 knots.

“As we spoke to more people in the industry we realised that safety was the key concern,” he said.

“We have also recently realised that data captured from load lifts is as valuable as the hardware itself, so we are now looking at leveraging this.”

TENSA is currently taking Roborigger to the next commercialisation stage, having set up a production facility in Wangara where it is underway to build 39 Roborigger units this year.

The new WA Museum is being developed at a cost of $428 million and is set to open next year.