Australian consumers are resisting the temptation to get out and spend. 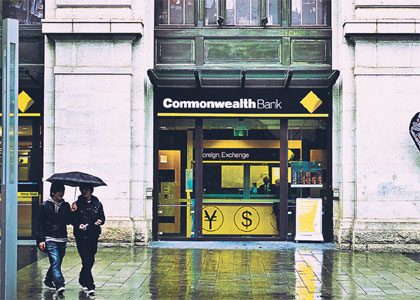 Australian consumers are resisting the temptation to get out and spend.

AUSTRALIAN consumers are starting to feel a little happier as interest rates slide lower; but if lower interest rates are the answer to economic gloom, people in Europe and the US should be jumping for joy because they have the lowest rates in living memory.

In reality, lower interest rates (or cheaper money, to give it another name), is a classic example of a double-edged sword.

Rates are falling because the outlook is worsening, and while more money in the pockets of borrowers is a good thing, the questions is: what will they do with the extra money ... spend it or save it?

The next few months will answer that question but it’s my guess that the recent round of interest rate reductions, and the promise of more to come, will not shake too many moths out of the wallets of Australian households.

Most families are waiting to see whether this latest attempt to stimulate growth and confidence achieves that objective.

If it does then we can all celebrate, but if you look back over the past four years there have been non-stop attempts by government to encourage investment and consumption by force-feeding the financial sector with cheap money.

The result is that the world today is awash with cash, with companies sitting on vast piles of the stuff rather than investing it in new factories, and consumers simply squirreling it away in savings.

In time, the cash mountain will start to melt and make its way into the wider economy, though there are few signs of that happening yet - just plenty of forecasts that it must happen because the theoretical models predict such an outcome.

The problem is that few economists have any practical experience of the type of trouble confronting the world today, where government and the private sector are blaming each other for the problem of slow growth or, in the case of Europe, shrinkage.

In Australia, the theoretical model is pointing to higher spending levels next year thanks to declining interest rates and high levels of household saving.

A Commonwealth Bank analysis indicates that Australian households are sitting on $85 billion in surplus cash, a pile accrued largely by avoiding the temptations offered by the retail sector.

The cash in consumer hands equates to 28 per cent of household assets, a figure the bank describes as being “well above the 25 per cent historical average”.

In other words, households have been boosting their savings rate as fast as the government has been encouraging them to spend, a trend that can be traced back to the initial cash hand-outs of the Rudd government in the months after the outbreak in 2008 of the GFC.

There are no convincing explanations about why consumers are defying the efforts of government to get them spending, though two perceptions appear to carry some weight in Australia. They are:

• a dysfunctional government at the national level caused largely by the hung parliament, which means households will be sidelined until after next year’s election; and • fear that the end of the resources boom will rob Australia of its one world-leading industry, with nothing to take its place.

There are other factors at work, including the knock-on effects of China’s slowdown and concern that Europe will plunge into a decade-long recession, as Japan did after its economic bubble burst.

However what all the indicators point to is an ongoing period of consumers continuing to boost their savings, because they understand that while lower interest rates mean reduced mortgage repayments, they also understand the reason for the lower rates; yet another attempt by government to boost growth.

AT the risk of drifting into a philosophical argument, the gap that has opened between what governments are trying to achieve and how consumers are reacting appears to be an example of political theory and practical knowledge.

Put another way, governments believe they can create growth and jobs by spending the money they harvest from taxpayers.

Taxpayers see through this charade, recognising that jobs created by government, especially jobs in which the government is the employer, are not genuine because they rely on ever-higher taxes.

All government is doing is creating an ever-tighter round robin of cash in which it appears to be encouraging economic activity by spending on social services and public facilities, but is really doing no more than redistributing taxpayer money.

Eventually, and that might be about now, taxpayers will recognise the game being played through higher taxes such as the ‘creep’ being experienced in income tax as more workers move up into higher tax brackets, and through the introduction of new taxes.

At a deep level of the consumer psyche it gradually dawns on consumers that they would rather ‘distribute’ their own wealth in a way that suits them than have the government do it for them.

ON a different topic, there is a growing debate over whether China is experiencing a hard or soft economic landing, and whether its switch from being an investment-driven economy to a consumption-driven economy means the death of the resources boom.

The correct answer is that the resources boom died of its own accord, doing what all previous booms have done - run out of steam - caused in part by China, as a consumer, being unable to pay the high prices for iron ore and other raw materials demanded by exporters such as Australia.

How long it will take China to recover its appetite for minerals and metals depends on where you’re sitting.

Bill Evans, the very talented chief economist at Westpac Bank, reckons commodity prices will rise by 30 per cent over the next 12 months. Fingers crossed that he’s right.

On the other side of the fence are equally talented market observers such as Janet Kong from the Beijing-based China International Capital Corporation, and Lip Ban Soh from the Singapore office of the British commodity consultancy, Wood Mackenzie.

Neither of those China specialists sees any hope of a sustainable recovery in the metals they follow most closely, copper and iron ore, for the simplest of reasons - supply is exceeding demand, and that’s not a recipe for a 30 per cent price hike.

“In general, the art of government consists in taking as much money as possible from one party of citizens to give to the other. ”
Voltaire