Australian institutional investors are among the most demanding in the world when it comes to reporting of environmental, social and governance risks, according to a global report released today by EY. 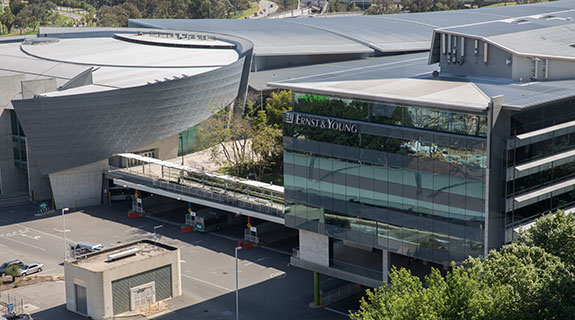 Australian institutional investors are among the most demanding in the world when it comes to reporting of environmental, social and governance risks, according to a global report released today by EY.

It shares this mantle with Europe, although companies in Australia aren’t necessarily meeting the expectations being demanded of them.

About 83 per cent of Australian investors considered non financial factors to be relevant when making investment decisions, a level higher than any other region.

Additionally, 87 per cent of investors made some level of evaluation of non-financial information.

But more than 60 per cent of institutional investors said such disclosures were currently inadequate, indicating local companies have some way to go to catch up to expectations.

And it follows increasing evidence of the devastating impact that can be unleashed on a company if such risks are borne out, most recently with Transfield Services.

The company has faced criticism for its management of Australia’s offshore detention network, with some funds, including Hesta, divesting its stock.

The report, however, was not focussed on this, just on the adequacy of reporting by such companies.

“There’s been a bit of a richer history of sustainability reporting in Europe and in Australia,” he told Business News.

“We’ve had a a lot more dialogue here between investors and markets.

“For example, this year we’ve seen the changes to the corporate governance principles that have included a new principle… which basically says organisations should disclose their economic, environmental and social sustainability risks and how they are managing them.”

He said that there had been a shift towards organisations acknowledging that these issues could impact returns.

Investors saw the risks through the potential impact on long term returns to the company, he added, with the report not looking at philanthropy or corporate social responsibility.

Part of the change has been driven by industry super funds, the reported noted, which generally have employee representatives sitting on their boards.

“The big thing for us that was particularly interesting… (was) stranded asset risks,” Mr Bell said.

“We didn’t expect the level of responses… (41) per cent of the investors came back and said they had actually diverted funds on the basis of stranded asset risk this year.”

That means that investors were concerned about the ability of technological disruption, regulatory moves or environmental change to lead to unanticipated write downs of assets.

An example would be in the network of Australia Post, which has suffered from the introduction of the email, or potentially, non-renewable energy sources.

Australian investors were more likely than Europeans to shift capital based on stranded asset risk, although more than a quarter of European funds would consider doing so in future.

Notably, about 83 per cent of Australian institutional investors mostly considered non financial data relevant across all sectors- whereas in Europe that number was 66 per cent, suggesting European funds look more carefully at specific sectors.