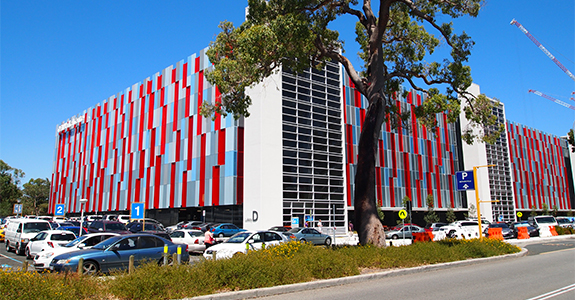 Announced at a Cancer Council WA lunch held today in Perth, president George Yeoh said the money had been spent on a cutting-edge X-RAD radiation platform, the first of its kind in Australia.

Local cancer researchers from Telethon Kids Institute, Harry Perkins Institute of Medical Research, The University of Western Australia, Curtin University, Princess Margaret Hospital and Sir Charles Gairdner Hospital will all be able to use the instrument.

It will be housed at the QEII medical precinct.

Professor Yeoh said researchers using the radiation platform would aim to improve radiation therapy for some of the less common, but more serious cancers, such as brain tumours and bladder cancer.

“The impact of access to this technology cannot be underestimated,” he said.

“This radiation platform is already used in other world-leading research centres, including the US National Cancer Institute, Dana Farber Cancer Institute and Netherlands Cancer Institute, so it will provide a quantum leap in the ability of cancer researchers in WA to develop new therapeutic approaches to cancer based around radiotherapy.”

Professor Yeoh said having the rare equipment would attract cancer national and international researchers to collaborate with WA-based researchers.

“Thanks to BHP Billiton’s investment, this equipment will connect researchers from diverse fields, from laboratory scientists, child and adult oncologists, to radiation oncologists and physicists, all with the goal of improving cancer outcomes,” he said.

“This important piece of equipment will have wide spread benefits for the community, including those in the regional communities in which we operate,” he said.

Today was also the announcement of the Cancer Council Awards and 2015 grant recipients.

Prue Cormie, who is a past Cancer Council postdoctoral research fellow and an accredited exercise physiologist from Edith Cowan University’s Health & Wellness Institute, has been awarded the early career cancer researcher of the year award for her work investigating the role of exercise in the management of cancer. Dr Cormie has pioneered work in identifying exercise as an effective way of counteracting sexual dysfunction following prostate cancer treatment.

Academic haematologist Wendy Erber, who heads the University of Western Australia School of Pathology and Laboratory Medicine, has been awarded cancer researcher of the year.

Her achievements include work in translating scientific and research discoveries into diagnostic pathology practice to improve patient care and outcomes.

The cancer research career achievement award has gone to Bill Musk, who is a clinical rofessor in the Schools of Medicine and Population Health at the University of WA and a respiratory physician at the Sir Charles Gairdner Hospital. He has quietly championed the cause of people affected by asbestos-related diseases over his 35-year career.

Professor Musk is internationally recognised as a leader in research into malignant mesothelioma, asbestosis and lung cancer, and was instrumental in establishing the Asbestos Review Program in WA and the Mesothelioma Register within the Department of Health WA.

Among the successful grant recipients was Carolyn McIntyre from Edith Cowan University who was awarded a $225,000 postdoctoral fellowship over three years to investigate how effective exercise can be in improving the lives of people living with the deadly lung cancer mesothelioma.

Other areas of cancer research to be funded include;