Australia not keen on nuclear option

It’s unlikely the debate over climate change will lead to an honest debate about nuclear energy in Australia. 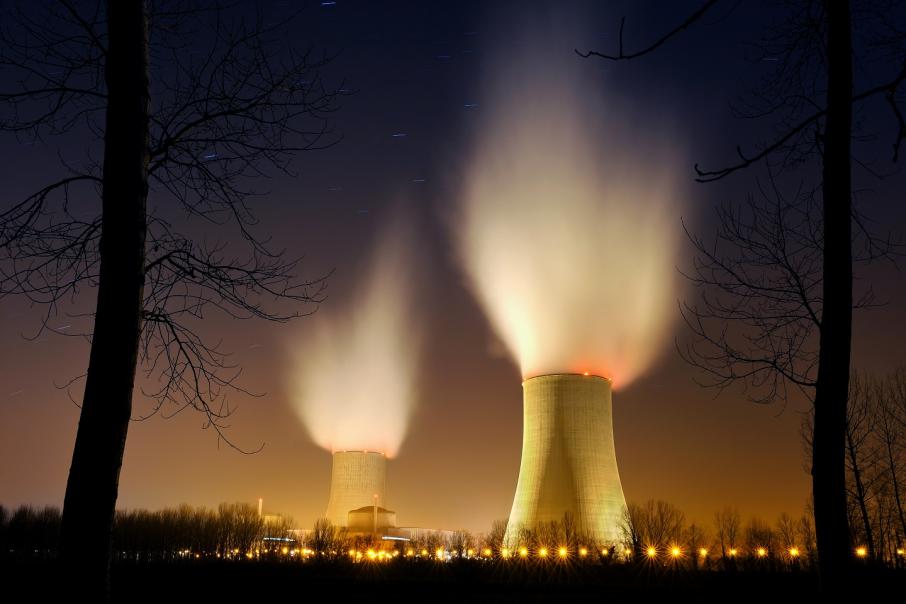 Australia stands out from other countries for a host of reasons, our unique wildlife and accent being just two, but it’s the attitude to one of our richest mineral deposits that confounds most overseas.

Australia holds one third of the world’s uranium reserves, is among the top three producers, plays a crucial role in ensuring compliance with the Treaty on the Non-Proliferation of Nuclear Weapons, and yet our domestic legislation bans the domestic use of nuclear power.

This month’s Intergovernmental Panel on Climate Change report, which outlined that the globe has warmed 1.1 degrees Celsius since industrialisation and risks warming by a further 0.4 degrees as early as 2030, will lead to calls from some to include nuclear in Australia’s energy mix.

Come November, the Conference of Parties summit in Glasgow will provide another high-profile backdrop for nuclear energy to make its case.

The federal government has been giving a few subtle nods to nuclear energy without yet opening an expansive public debate, although any development is doomed to fail without bipartisan support.

The next generation of technology – small modular reactors – featured in the government’s Technology Investment Roadmap discussion paper and is included in the Australia-UK partnership on low-emissions technology solutions.

Nuclear power is a key enabler for Europe and the US meeting their current climate targets and ensuring energy security, while it offers a technological pathway for all countries to meet future energy demands and reduce greenhouse gas emissions.

So why not Australia?

A look to the recent past demonstrates that nuclear will be the most unlikely of decarbonisation pathways for the nation.

In the last couple of years of the Howard government, discussions around climate change were very similar to the ones we are having now.

In the lead-up to the 2007 election, Mr Howard was coming under increasing pressure to demonstrate action on reducing greenhouse gas emissions.

In this context, the nuclear question was raised, but there were several other industry-specific factors that are lacking here in 2021.

With such prices there was, dare I say it, a proliferation of interest in expanding the mining sector and the economic opportunities it offered.

A boom time in prices coincided with shifting global politics on nuclear cooperation that opened a new market in India.

If not handled well, this development could have left Australia out in the cold.

In 2005-06, the Bush administration moved towards the renewal of civil nuclear cooperation with India and announced plans for the Global Nuclear Energy Partnership, which would involve non-nuclear weapon states leasing enriched fuel rather than enriching it themselves.

Such a shift created pointed strategic questions for Australia.

It had a ban of uranium exports to India, but with its major ally changing tack, work went into amending this policy from 2007.

Trade finally opened to India in 2014.

The question of leasing enriched fuel posed the question to Australia of whether it should leverage its underlying reserves and value add to the commodity, or potentially be excluded from the new system altogether.

The upshot was the Uranium Mining, Processing and Nuclear Energy Review.

While its recommendations were lukewarm on enrichment and outlined economic challenges of establishing further domestic capability and capacity, it provided a pathway for the expansion of uranium mining and the establishment of nuclear power in Australia.

Except for a new trading partner in India, the establishment of new mines, and the Labor Party’s decision to abandon its three-mines policy, Australia did not increase its involvement in the nuclear fuel cycle despite geopolitical, economic, and climate drivers coalescing.

Without bipartisan support, the debate and interest in nuclear energy that started with great promise in the mid-2000s receded.

By 2011, when an earthquake and tsunami hit Japan and caused an accident at the Fukushima Daiichi nuclear power plant, nuclear facilities across the globe were temporarily shut down, with many never to come back on.

The time urgency of the new IPCC report may act only to entrench perspectives: those against to argue that nuclear will be too slow to deliver meaningful impact in Australia, and those in favour arguing the task ahead creates a moral imperative to consider all options.

Progress on new reactor technologies that are smaller, nimbler, and cheaper, may help move the needle, but climate action in itself is unlikely to bring the bipartisan support required to deliver the open and honest debate Australia needs.