An industrial estate near Mandurah will be the first of its kind in Australia to be powered by a solar energy microgrid, after the state government appointed Brookfield's Enwave Australia to build a solar farm and battery storage solution at Peel Business Park. 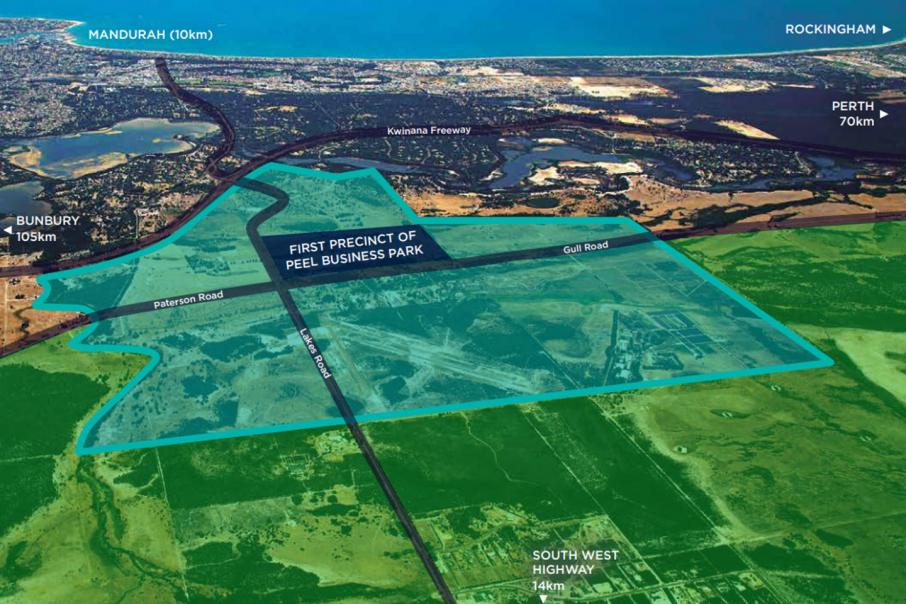 Having been planned for more than 30 years, Peel Business Park is ultimately designed to provide more than 30,000 job opportunities in the region by 2050. Image: LandCorp

An industrial estate near Mandurah will be the first of its kind in Australia to be powered by a solar energy microgrid, after the state government appointed Brookfield's Enwave Australia to build a solar farm and battery storage solution at Peel Business Park.

Lands Minister Ben Wyatt and Regional Development Minister Alannah MacTiernan today jointly announced a consortium led by Enwave had been successful in its bid to build the microgrid, which will supplement Western Power’s main grid at the estate.

Land users will be offered cost savings around 30 per cent on energy bills at the estate, while the facility will have the capacity to be expanded via the lease of roof space to expand a network of solar panels.

Ms MacTiernan said the power solution would help facilitate the creation of 1,862 jobs at the estate’s first 120-hectare stage.

“The microgrid offers clear incentives for businesses to relocate to the Peel Business Park, helping to drive job creation in the Peel region,” Ms MacTiernan said in a statement.

Development of the park is being facilitated by LandCorp, which told stakeholders earlier this year that five of the 11 lots on offer in the first stage of the estate were under offer.

First titles at Peel Business Park, which has attracted $45.2 million in Royalties for Regions funding, are expected to be issued early next year.

The Shire of Murray has also secured $21.7 million in federal government funds to develop an agri-innovation precinct at the estate.

The precinct will comprise research facilities, cold storage, warehousing, packaging and distribution and incubation space, with construction to start next year.

Meanwhile, Sydney-based Enwave Australia is in the middle of a takeover tussle, with up to five parties reportedly shortlisted by its parent company, Canadian investment giant Brookfield, to acquire the gas and energy operation.

Final bids for Enwave are due this month, with expectations that it will sell for between $300 million and $500 million.