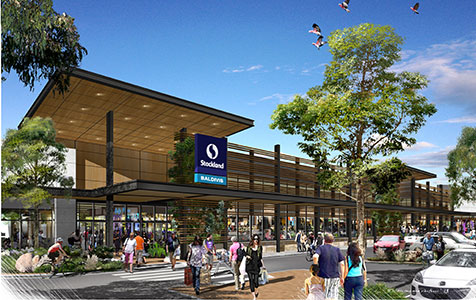 Australand told the market it expects its earnings per share for 2014 to increase by 20 to 25 per cent.

The company had previously forecast a full-year earnings per share growth range of 17 to 20 per cent.

Australand managing director Bob Johnston said the earnings upgrade was underpinned by strong momentum in the company's residential division, with the group's outlook remaining strong over the medium-term.

An independent draft revaluation of the company's investment property portfolio has revealed a 3 per cent gain in value since December, Mr Johnston said.

Assuming the current strength in the residential property market is maintained, the company expects to deliver earnings per share growth of between 10 and 15 per cent through to the end of 2016.

Australand has meanwhile revealed it has agreed to provide Stockland with access to due diligence material following receipt of a sweetened takeover bid from the rival developer.

Stockland this week unveiled a new share swap offer valuing Australand shares at $4.35 each, up from its previous rejected offer of $4.20.

Australand board has told shareholders it has not yet formed a view on the proposal but the company today said it would engage with Stockland to negotiate access to reciprocal due diligence as it considers the bid.

Stockland acquired a 19.9 per cent stake in Australand in March in a transaction worth about $435 million.

If combined, the pair would be second only to Satterley Property Group in total number of lots in Western Australia, according to Business News IQ data.