Henderson-based shipbuilder Austal has secured a $369 million contract to supply two Expeditionary Fast Transport ships (EPF) to the US Navy. 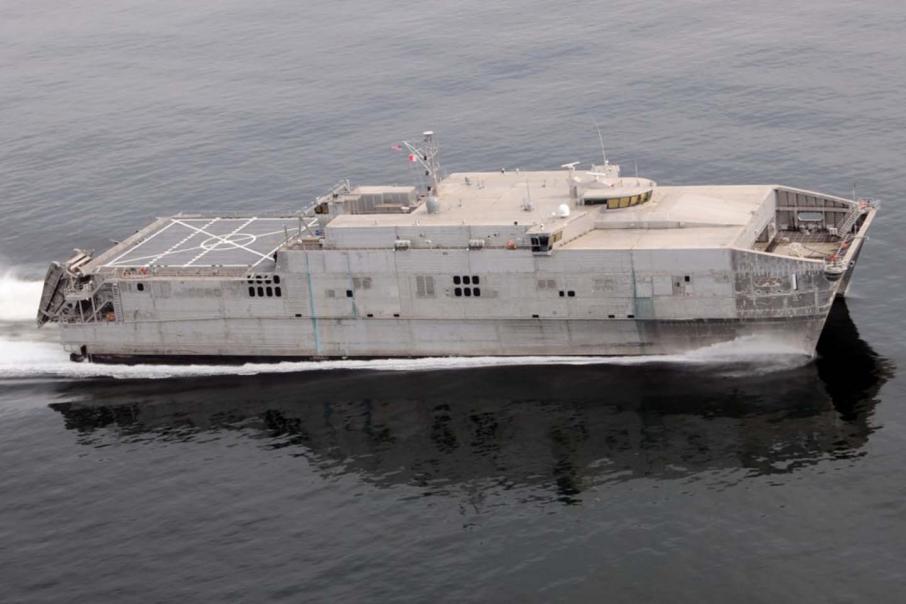 Austal has now extended its EPF program to 14 ships.

Henderson-based shipbuilder Austal has secured a $369 million contract to supply two Expeditionary Fast Transport ships (EPF) to the US Navy.

The deal extends the company’s contracts for the EPF vessels to 2022, and brings the total of EPFs Austal has commissioned, or intends to commission, to 14.

Construction of the 13th is set to commence in late-2019 and the 14th EPF is anticipated to follow in the middle of 2020.

The EPF, one of two ship classes Austal builds for the US Navy at its Alabama yard, has been worth over $US2 billion ($2.81 billion) to the company.

Austal chief executive David Singleton said the extension of the EPF program was a result of the versatility of the vessel to perform an increasing range of roles.

“We continue to believe that the EPF vessel, in various configurations, has a long future ahead of it,” he said.

“We are pleased to add these new vessels to what is already a record order book, which includes the contract Austal recently received for two additional independence class, Littoral Combat Ships (LCS).”

In September, the shipbuilder won a $1.6 billion contract to build two LCS for the US Navy.

Last month it increased its full-year revenue projections by $600 million to $1.9 billion, thanks partly to better-than-expected procurement levels from the US Navy for its littoral combat ships.