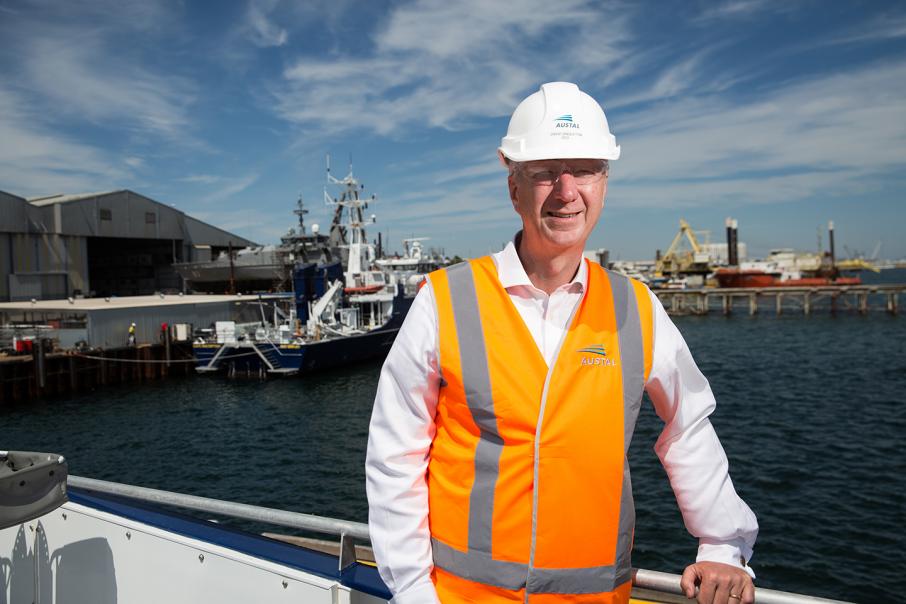 David Singleton says the first PPB is on schedule for completion in May. Photo: Attila Csaszar

Under the original contract, which was awarded in May 2016, Austal was brought in to build 19 vessels, with the new deal increasing the total to 21 PPBs.

While in Perth last year, Prime Minister Malcolm Turnbull flagged the possibility of a contract extension.

Chief executive David Singleton said the first PPB was on schedule for completion in May.

“This program will support 200 direct jobs at Austal and a further 200 indirect jobs in the broader industry,” he said

“This is in addition to several hundred jobs supported at Austal by a number of large commercial export contracts currently under construction and planned for construction at our Henderson shipyard.

“We are working on other export opportunities for the guardian cass patrol boat thereby helping Australia sustain its sovereign naval shipbuilding industry which has already delivered over 40 patrol boats to international customers.”

Lurssen's contract with Civmec, Austal's Henderson neighbour, is for Royal Australian Navy offshore patrol vessels, which are being built as part of a $3.6 billion federal government program.