Henderson-based shipbuilder Austal has been contracted to build two steel vessels for the US Navy. 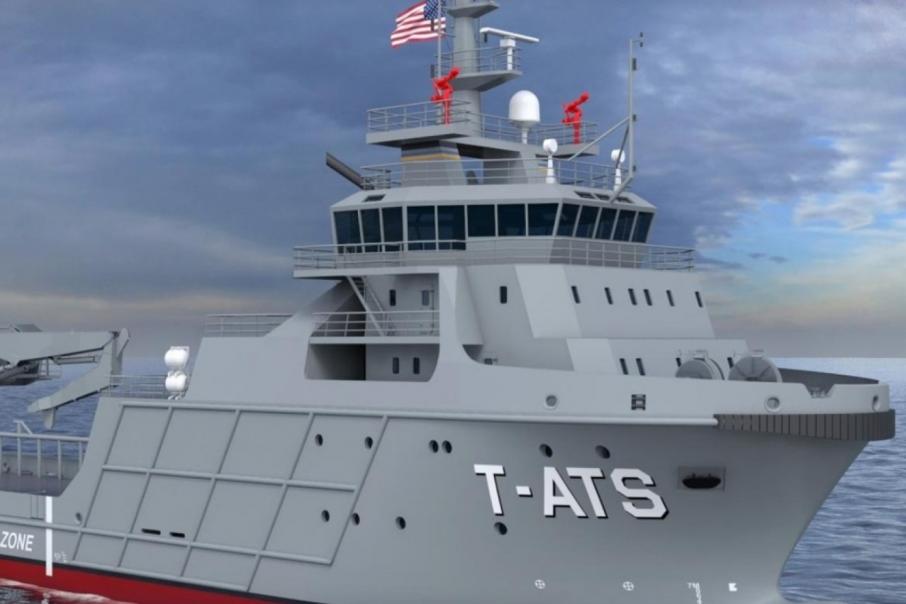 A rendering of the T-ATS vessel to be built for the US Navy. Photo: Austal

Henderson-based shipbuilder Austal has been contracted to build two steel vessels for the US Navy.

That includes options for three additional T-ATS ships which, if exercised, brings the total value of the contract to $US385 million ($A528.6 million).

Austal said its US division would use its new state-of-the-art enclosed steel production facility in Alabama – due to open in April next year – to complete work under the contract.

The new ships are expected to support the US Navy’s fleet operations and missions, which include spill response, humanitarian assistance, wide-area search, and surveillance.

“This is a great news for Austal USA as they enter a new era of steel shipbuilding in the United States, supporting the navy’s requirements for steel ships,” he said.