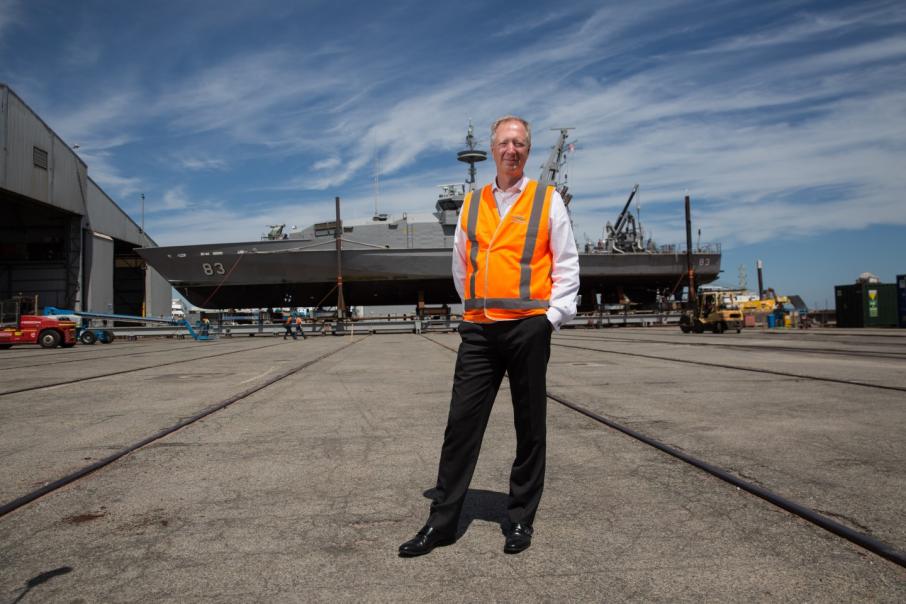 David Singleton says Austal is heading into the second half of FY2020 with a strong order book. Photo: Attila Csaszar

Austal’s Alabama shipyard has propelled the Henderson-headquartered shipbuilder to a record half-year earnings performance and a solid lift in net profit.

Austal lodged its half-year financial results with the ASX today, with its revenue of $1.039 billion a half-year record, and its net profit up 72 per cent on the previous corresponding half year at $40.8 million.

The company's shipyard in Alabama, which manufactures combat and transport ships for the US Navy, pulled in $804.6 million in revenue.

In Australia, Austal’s revenue of $240.7 million was a 42 per cent increase on the previous corresponding period, with the growth largely driven by work on major ferry programs.

Austal chief executive David Singleton said the company was heading into the second half of FY2020 with a strong order book.

“We are now seeing the benefits of a revised strategy to focus on a smaller number of larger defence programs in the Australasia region where we have a strong position either through a product, Commonwealth of Australia government support for exports, or our geographic footprint,” he said

“We have reasonable confidence that this strategy will deliver new programs into the order book in the months ahead.”

Austal said it had $4.3 billion worth of orders until FY2024. with 41 vessels currently under construction or scheduled across seven shipyard locations in Australia, Philippines, Vietnam, China and the US.

Austal said the boats, and two more 21-vessel Guardian Class patrol boats, were being constructed at its Henderson facilities and would be delivered during the first half of FY20.

It maintained an unfranked interim dividend of 3 cents per share.