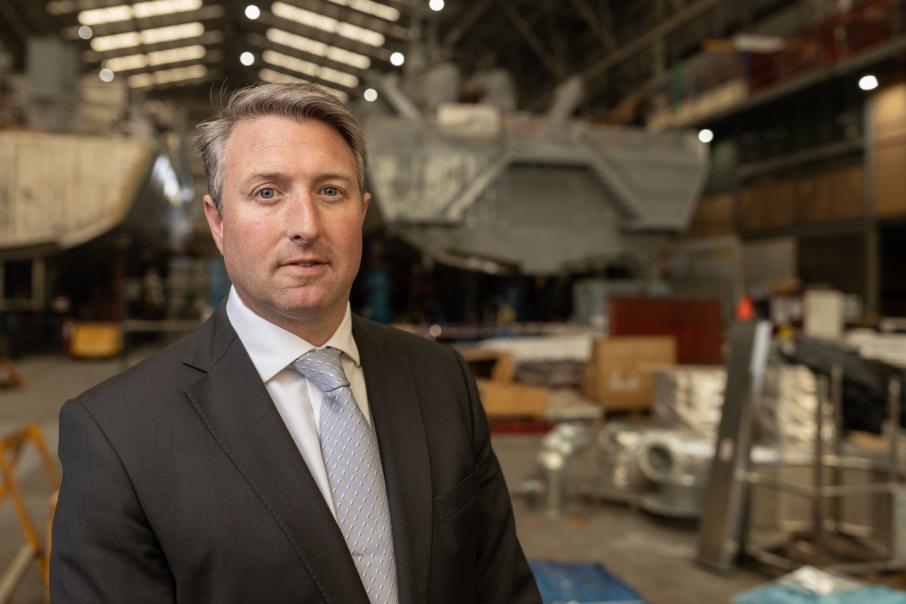 Paddy Gregg says the financial results were driven by shipbuilding margins in its US and Australasia operations. Photo: Gabriel Oliveira

Austal chief executive Paddy Gregg said revenue was lower when compared to the corresponding period because of a higher USD/AUD exchange rate, lower throughput in the US, a reduction in Australasia’s commercial shipbuilding volume following the delivery of three large ferries and some COVID-19 delays.

Mr Gregg said the financial results were driven by shipbuilding margins in its US and Australasia operations which flowed through to enhance its bottom line.

He said the result highlighted the initiatives Austal had implemented to increase its efficiency, reduce costs and set the business up for sustained profitability.

“Crucially, we have translated our robust earnings into strong operating cash flow, and maintained a healthy balance sheet, even as we invested cash into the future of our business through the MARRS acquisition in Mobile, conversion to steel shipbuilding in the United States, purchase of a dry dock launch facility for the Philippines and the BSE Maritime Solutions Group (BSE) acquisition in Australia,” Mr Gregg told the ASX.

“We are now in an optimal position to pivot the business to capture new opportunities in USA steel shipbuilding and additional maintenance support contracts.

“Our Australasian segment achieved an excellent financial result for the first half but needs to win new contracts to sustain that performance.”

The company told the ASX it would maintain its earnings before interest and taxes of $125 million but reduced its revenue guidance to about $1.65 billion due to appreciating AUD, reduced US support activities and COVID-19 related program delays.

It said further appreciation of the USD/AUD exchange rate would require Austal to reassess revenue and EBIT guidance.

Earlier this week, Austal’s US president Craig Perciavalle resigned following the completion of an investigation into the procurement and cost of labour for its combat ship program before July 2016.

Austal said it was satisfied the write-back had appropriately adjusted revenue and profit figures to address the matters it is believed were the focus of the US investigation, but noted it had made some reporting errors.