Austal cashing in on US contracts 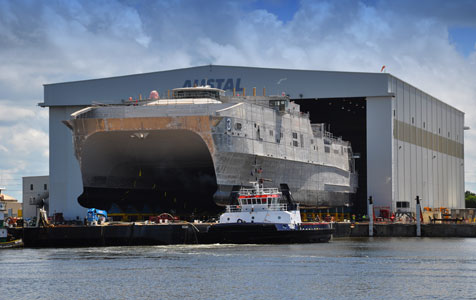 Austal launching one of its Joint High Speed Vessels at its Alabama shipyard earlier this year.

Perth-based shipbuilder Austal has more than tripled its full-year profit on the back of its long-term contracts with the US Navy.

The company announced today it had booked a net profit of $35.9 million in financial year 2013, rising from the previous year's $11 million, and in line with guidance released last month.

Chief executive Andrew Bellamy said the company’s US operations grew its earnings before interest and tax (EBIT) margins by 5.2 per cent, beating its 5 per cent target.

The company’s shipyard in Mobile, Alabama, constructs and services two types of vessel for the US Navy.

The contracts comprise a $4.8 billion, 10-ship deal to build shallow-water combat ships, known as the Littoral Combat Ship, and a $1.6 billion deal to construct 10 high-speed boats, known as the Joint High Speed Vessels.

Austal’s Australian and Philippines divisions were also profitable, with the Philippines shipyard recording a maiden EBIT of $5 million in its first full year of operations.

The Henderson shipyard met the company’s breakeven target with an EBIT of $500,000.

Mr Bellamy said the company was targeting further growth in 2014, with Austal expecting revenue to break the $1 billion mark for the first time.

“Our key objectives for the year were to drive operational improvements and efficiencies across our businesses and strengthen the balance sheet to support our record order book, and we took major steps in the year to deliver on those,” Mr Bellamy said in a statement.

“Outside the US we returned our Australian operations to a breakeven result as construction on the $330 million Cape Class patrol boat contract increased, and we reported a maiden profit at our Philippines shipyard in its first full year as we delivered on commercial and wind farm vessels.”

Mr Bellamy said the company would build on its work-in-hand through prudent cash management and pursuing new defence vessel construction and service contracts, particularly in Asia and the Middle East. 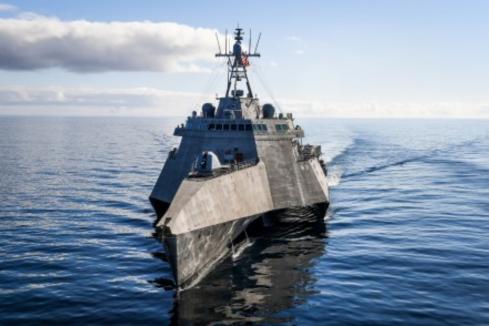