Australian shares have plunged to a six-week low after fears of a US-China trade war, with Bluescope Steel and a number of local resources stocks suffering the worst impact. 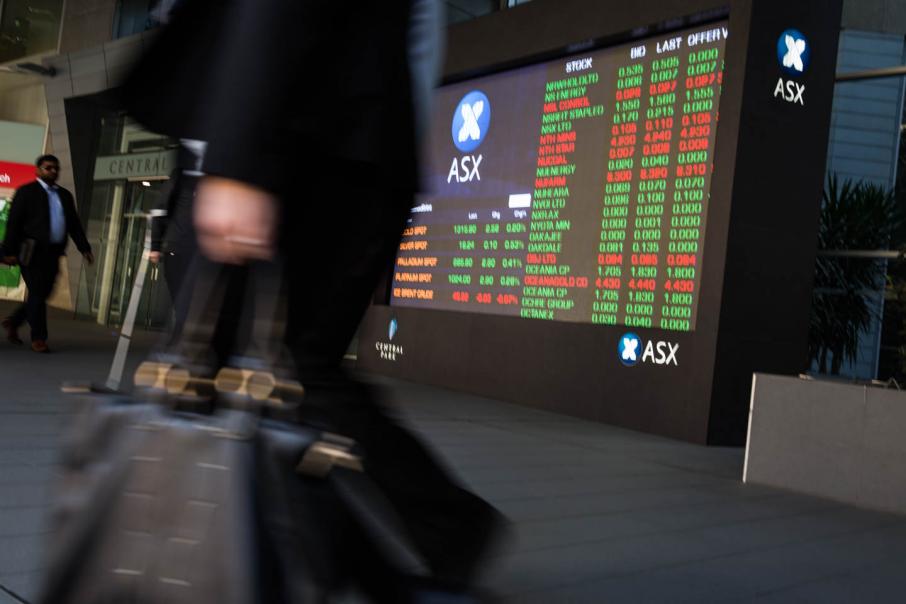 Australian shares have plunged to a six-week low after fears of a US-China trade war, with Bluescope Steel and a number of local resources stocks suffering the worst impact.

After a muted performance until Thursday, Friday's losses took the Australian market to a two per cent fall for the week.

Markets fell across Asia, with Japan's Nikkei down 4.4 per cent in afternoon trade, Hong Kong's Hang Seng Index down 2.8 per cent and South Korea's KOSPI falling 2.4 per cent.

Adding to the pain for Australia was a surprise announcement from the White House that exemptions granted to heavy steel and aluminium import tariffs would only be temporary, pending new negotations, and that quotas may be imposed on imports of the metals.

CommSec market analyst Steven Daghlian said while the initial reaction on Australian markets was sharp, the tariffs are still only in the mind of President Trump.

"It should be emphasised that these are only proposals, not actual tariffs," Mr Daghlian said.

"However, a tit-for-tat trade feud between our closest trading partner and key ally does have direct implications," he said.

One third of all exported goods out of Australia find a home in China, the majority being raw materials that Chinese manufacturers on-sell as exports to the US.

The price of iron ore on the Dalian Commodity Exchange dropped about six per cent on Friday, while iron ore heavyweight BHP Billiton was down 93 cents, or 3.1 per cent, to $28.77.

Losses among the four major lenders banks were led by the Commonwealth Bank, down 2.8 per cent, to 72.81.

Transurban acquired a road and bridge toll in Canada for $A843 million and its shares fell 1.1 per cent to $11.05.

Vocus was 2.1 per cent lower, at $2.37, as the ACCC announced the telco's Dodo, iPrimus and M2 Commanders businesses would compensate almost 6,000 customers for selling NBN packages that could not deliver advertised speeds.

With the US dollar weaker, falling below 105.00 Japanese yen for first time in 16 months over night, the local currency was worth 77.09 US cents, down from 77.43 US cents on Thursday.