Australia investors have emerged as one of the most pessimistic compared to other countries, in a new survey of senior fund managers who say the global financial crisis is still not over.

Australia investors have emerged as one of the most pessimistic compared to other countries, in a new survey of senior fund managers who say the global financial crisis is still not over.

Despite improving economic indicators, senior fund managers at a wide range of leading institutional investors from more than 15 countries, with over US$2.8 trillion of equity funds under management, overwhelmingly say that the
financial crisis is still not over. This is according to a new global survey recently conducted by FTI Consulting, Inc. (NYSE:FCN), the global business advisory firm dedicated to helping organisations protect and enhance their enterprise value.

The survey of more than 153 leading institutional investors revealed that:

- UK, US and Australian investors were the most pessimistic with 73%, 76% and 80%, respectively of investors believing the crisis had not ended.

- Continental European and Asian investors were slightly more optimistic with 59% and 62%, respectively saying the crisis was not over.

Commenting on the survey, Jack Dunn FTI's President & CEO, said: "Clearly the majority of funds surveyed did not believe the financial sector has recovered since the pinnacle of collapse in September 2008. This sentiment is reflected across all regions, with US, UK and Australian investors the most pessimistic. In Continental Europe and Asia there is more optimism, but a significant majority still do not believe the sector is back on track."

"Anecdotal evidence gathered during the survey suggests that across the globe investors were still concerned that the amount of leverage in the system that caused the original problem has not been reduced. The prevailing view was that there has been so much economic stimulus that markets can not help but go up. The concern was what would happen when government money runs out."

"These findings suggest a paradox, in that despite the negative outlook, global equity markets have rallied significantly in recent months. This indicates a willingness of investors, for now at least, to focus on factors beyond the fundamental issues that caused our current economic crisis."

Mr. Dunn said the findings reflected on-going uncertainty in world markets and highlighted challenges that would be faced by world economic leaders at the upcoming G-20 summit in Pittsburgh.

"There is no doubt that the on-going uncertainty is having follow-on effects throughout the global economy. Among US companies alone, approximately $163 billion of corporate speculative grade debt is due to mature in 2010, with approximately $266 billion set to mature in 2011, according to Standard & Poor's research. These enormous financing requirements amidst still-fragile credit markets, and weak demand apart from government stimulus, put a premium on a company's ability to effectively manage both public perceptions and the underlying business."

"For many companies, this uncertainty has meant looking at alternative funding avenues, such as sovereign wealth funds, the equity markets, or more exotic capital raisings. For policy makers, it has meant reassessing the regulatory environment and executive incentives that have driven the market for many years." 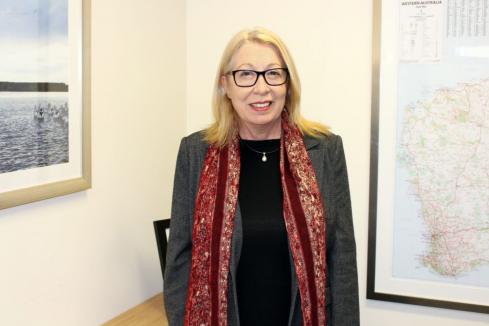