The chairman and co-chief executive of a Melbourne-based toy company has become the first Australian to be selected as global winner of EY’s Entrepreneur of the Year award. 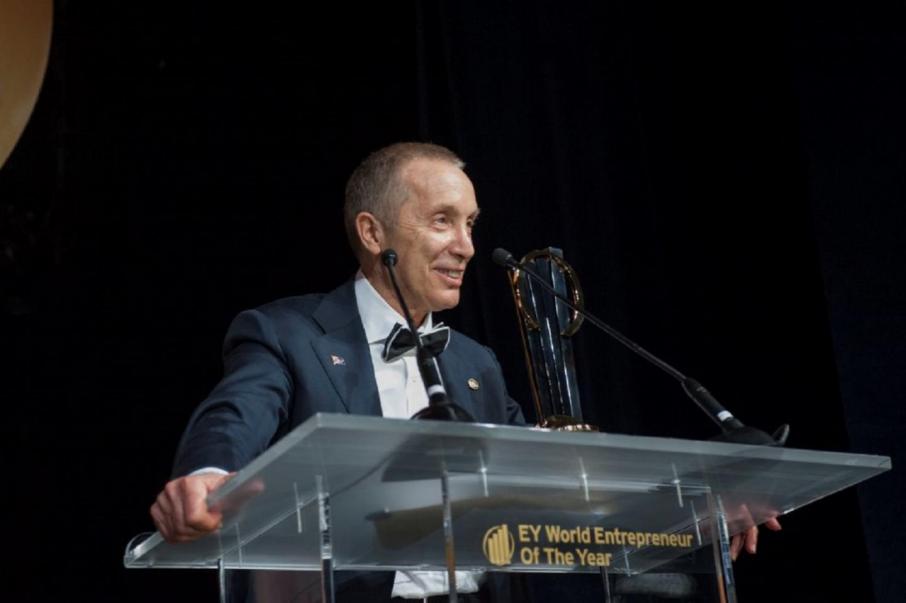 The chairman and co-chief executive of a Melbourne-based toy company has become the first Australian to be selected as global winner of EY’s Entrepreneur of the Year award.

Polish migrant Manny Stul heads Moose Enterprise, which is ranked the fourth largest toy company in Australia and the sixth-largest in the US by sales.

When Mr Stul took over Moose in 2000, the company had just 10 employees.

Since then, staff numbers have grown to about 200, sales have grown 7,200 per cent to more than $600 million, and its toys are now sold in more than 80 countries.

Mr Stul was selected from 55 country finalists at the annual awards in Monaco.

He won the Australian EY Entrepreneur of the Year award in 2015, when other contenders included Western Australian winners Torsten Ketelsen of GMA Garnet Group and Peter Botten of Oil Search.

Rebecca MacDonald, the founder of Canada’s Just Energy Group and chair of the World Entrepreneur of the Year judging panel, said Mr Stul was a unanimous choice.

“Manny was our choice, not only due to his impressive growth, but also because the business he has nurtured has shown sustained global success,” she said.

“His mettle was tested when Moose faced a product recall that would have overcome less resilient and well-managed businesses.”

Born to Polish refugee parents, 67 year old Mr Stul started his working life in the construction industry in the Pilbara.

He established gift company Skansen, which listed on the ASX as Skansen Giftware in 1993.

He bought into Moose in 2000, 15 years after the business was established.

Moose designs toy products in Australia and develops, manufactures and distributes from its factories in China and Hong Kong.

Its toys include the Shopkins characters – which were selected as toy of the year in the US in 2015 – and Little Live Pets.

To help promote the toys, Moose has developed animated content for its You Tube channel and has an official app.

Mr Stul’s challenges at Moose included a product recall in 2007 after three children were hospitalised after ingesting part of a toy.

“Everyone said it was impossible to survive the recall, yet we pulled through,” Mr Stul said in a statement.

“Although faced with huge reputational and financial challenges, I refused to be distracted, and over a 12-week period negotiated agreements with local and international governments and trading partners, allowing the business to survive and thrive.”

Another factor in his award win was the work of the Moose Foundation, which employs philanthropic initiatives to positively make a difference to the lives and well-being of less fortunate children.

Mr Stul debuted on this year’s BRW Rich 200 List with an estimated family worth of $1.24 billion.

He shares the company’s leadership and ownership with wife and Moose director, Jacqui Tobias, and stepson Paul Solomon, his co-chief executive.