Ukraine could look to Australian expertise in mining and metals processing to unlock its own resources after the war with Russia, according to its ambassador. 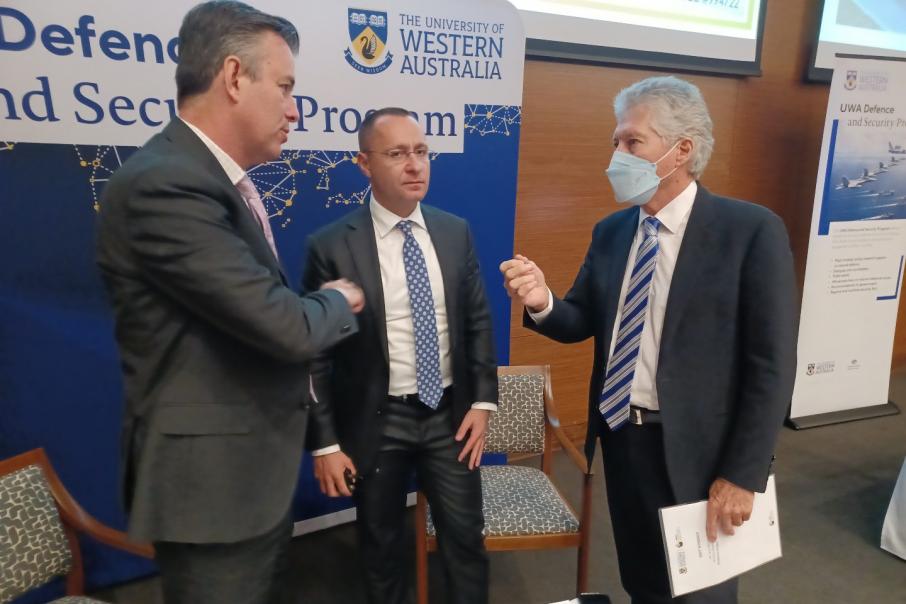 Ukraine could look to Australian expertise in mining and metals processing to unlock its own resources after the war with Russia, according to its ambassador.

Just four weeks after starting his official role, Ukraine Ambassador to Australia Vasyl Myroshnychenko told a University of Western Australia audience that Ukraine would need to widen trade networks as it sought to rebuild and diversify its economy after the conflict.

Speaking optimistically about the future and referring constantly to post-war reconstruction, Mr Myroshnychenko said Australia’s support, both in financial terms and the provision of military hardware, had been noticed in the Ukraine.

He said the turnaround time between Ukraine president Volodymyr Zelensky’s video request to federal parliament for Bushmaster armoured vehicles and the commitment by Prime Minister Scott Morrison, within the same day in his country, had been unexpectedly quick.

“Australia is now in the Ukrainian news, which has never happened before,” Mr Myroshnychenko said during an on-stage interview with UWA Defence and Security Institute director Professor Peter Dean.

“The Bushranger story was massive, it made all the headlines.”

Mr Myroshnychenko said that the conflict had altered Ukraine’s relationship with the world and its need to both diversify its trade and be more self-reliant. His country would have big reconstruction requirements, similar to after World War Two when the Allied nations followed up their victory with a Marshall Plan to put the German economy back on its feet.

Australian business could help Ukraine exploit its own resources, such as lithium reserves, by providing expertise in mining and mineral processing.

“We have a lot of metals for instance but we don’t have the knowledge to extract them,” he said.

In speaking about post-war trade opportunities, the Ukrainian ambassador also highlighted the role of energy, where Australia has already played a part in helping it reduce its reliance on Russia.

Mr Myroshnychenko said the Ukraine had started buying nuclear fuel from US giant Westinghouse. He said that had resulted in fuel sourced from Australian mines.

He added that with his country’s major coal reserves out of reach in the occupied east and gas from Russia problematic, Ukraine could exploit its own resources.

Ukraine is believed to have considerable untapped unconventional gas reserves.

“We could be self-sufficient in gas if we could extract what is believed to be there,” he said.

The ambassador also noted mining entrepreneur Andrew Forrest’s efforts to expedite hydrogen agreements with European countries as a way of weaning them off Russian gas.

He said payments for Russian gas were effectively financing the war. While he understood the need for countries like Germany to avoid severe economic hardship, he suggested a special tax on Russian gas which would be paid to fund Ukraine’s defence might be one way of alleviating the immediate issue.

Other areas of expertise where Australian business could help Ukraine after the conflict was in education, given much of its infrastructure had been destroyed and young people displaced.

“This is where we need a new Marshall Plan that has been discussed,” he said.

He also added that Australian expertise in maritime infrastructure could be helpful as the country’s Black Sea ports were rebuilt.

But not everything was about post-war reconstruction.

Mr Myroshnychenko said Ukraine still needed military aid, noting that that Russia’s gas sales would fund its war for at least two more years. Ammunition, such as shells for artillery, was a pressing need.

“If you have some in your garage, please send it,” he said.