Aussie exports, get it India

This month’s trade agreement with India is welcome news for producers of wool, fruit and sheep and goat meat, among others. 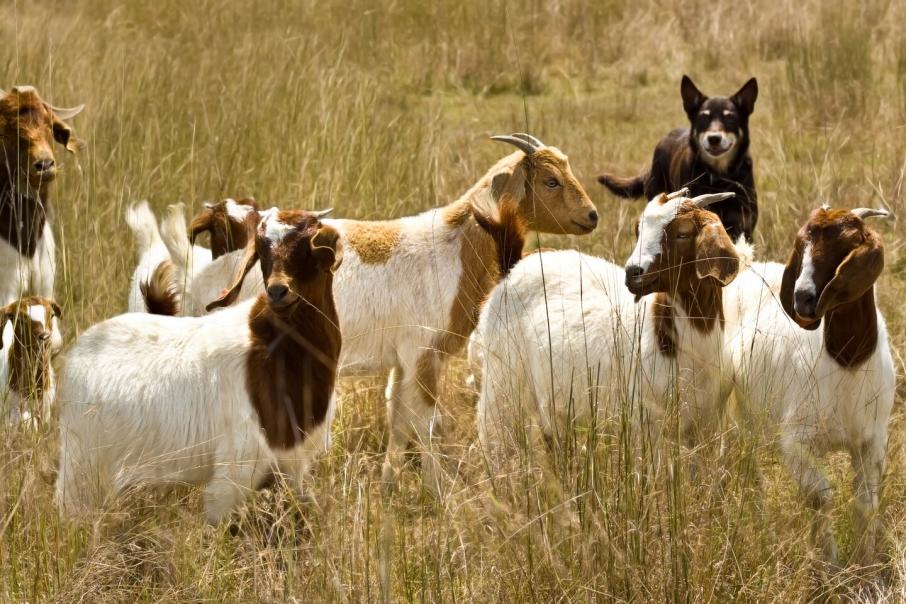 Australia and India have signed a trade agreement that will cut tariffs on a range of Australian export products.

The new deal will provide opportunities to expand the trade for items such as coal, pulses, sheep and goat meat, wool, fruit and nuts, wine and minerals.

Analysis of the export flow from Australia to India on a value basis over the past few years highlights that the trade is dominated by fuel items at nearly 70 per cent.

The second-largest trade category for Aussie exports to India is vegetable products at around 8 per cent of the total trade value.

Much of this vegetable trade consists of pulses, such as lentils, and nuts.

However, there have been some recent seasons (2015-2017) where India imported between $US100 and $US400 million worth of Australian wheat.

A breakdown of export product categories for the 2020 trade season highlights that the fuel component of trade is dominated by coal briquettes, accounting for about 80 per cent of the trade during the 2020 season. 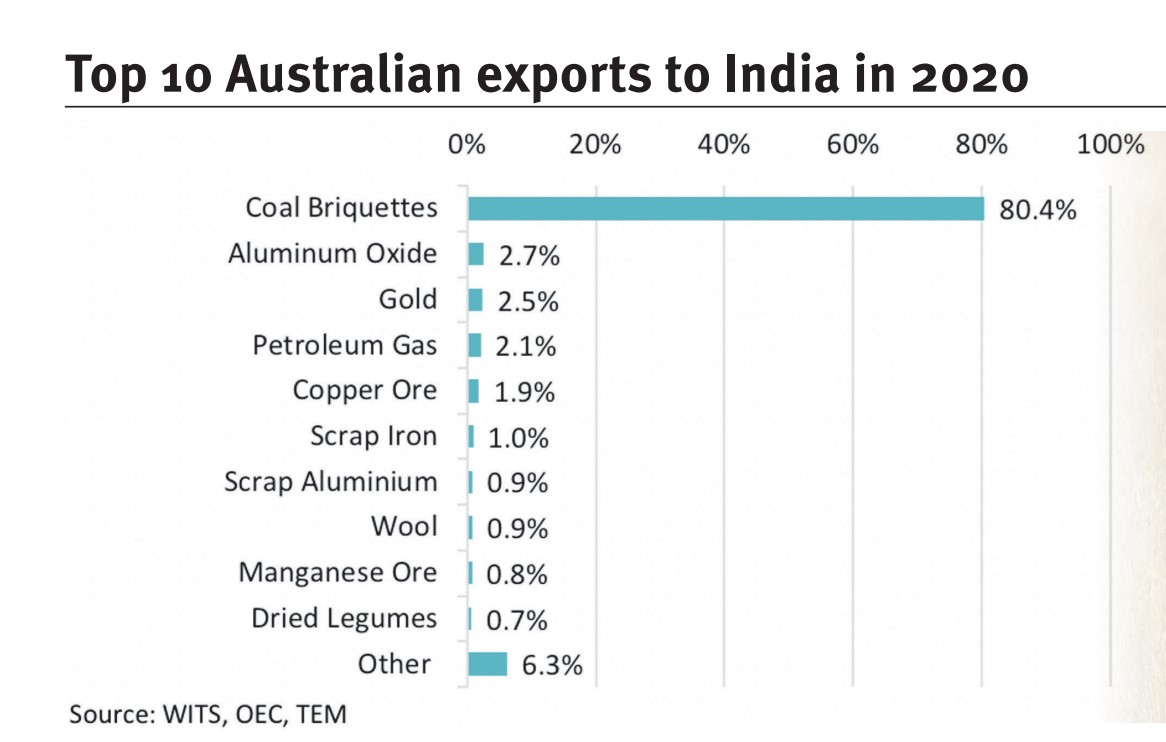 Indeed, over recent years, coal briquettes have accounted for between 60 and 80 per cent of the total export trade from Australia.

Until recently, Australia was exporting aluminium oxide to Russia, but recent sanctions have put a halt to that trade.

As this column’s earlier analysis on Russian sanctions outlined, the aluminium oxide trade from Australia to Russia dominates those flows with around 70 per cent of Australian exports to Russia each year consisting of aluminium oxide, when measured on a value of trade basis.

In terms of Australia’s overall aluminium oxide export flows, usually less than 10 per cent heads to Russia in any given year; but improving market access to India as part of these new trade negotiations may give opportunities to expand the aluminium oxide trade.

In terms of agricultural products, Australian wool is a regular product in the top 10 trade items to India, along with dried legumes.

The trade deal will provide further opportunity to expand our presence in India for these products and it will also open the door to a huge market for Australian sheep and goat meat, fruit and wine export items.

Similarly, Australian beef was not included on the trade agenda.

Certainly, with a large Hindu population, beef consumption is relatively small in India.

However, a 2011 census noted 2.3 per cent of the population was Christian, and at a current national population of 1.38 billion, the potential beef eating community of India could be 32 million people.

An assessment of the trade flows coming the other way highlights Australian imports of Indian products are dominated by the fuels category, with around a quarter of the trade value comprised of fuels.

Refined petroleum is the dominant fuel item imported into Australia from India; in 2020, nearly 25 per cent of the trade was this fuel type alone.

Textile and clothing products also feature heavily at around 13 per cent of total Indian imports into Australia.

There are a vast array of textile and clothing items imported from India by Australian consumers.

Chemical products and stone/glass items also feature significantly in the trade flows into Australia, consisting of 12 per cent and 9 per cent of the import flows from India, respectively.

Packaged medicines and pesticides account for much of the chemical items imported.

Meanwhile, diamonds and jewellery items encompass much of the stone/ glass trade category.

Improved market access to India is a fabulous result for Australian producers.

The chance that ongoing trade negotiations can lead to a free trade deal over time that encompasses items such as dairy, chickpeas and beef is also a tantalising prospect.

Given that Australian and Kiwi producers dominate the global export supply of sheep and goat meat, the deal with India encouraging growth in exports of these products further adds to the already strong outlook for this sector.