Mining-focused private equity firm Resource Capital Funds is seeking to privatise engineering and construction contractor Ausenco by way of a scheme of arrangement. 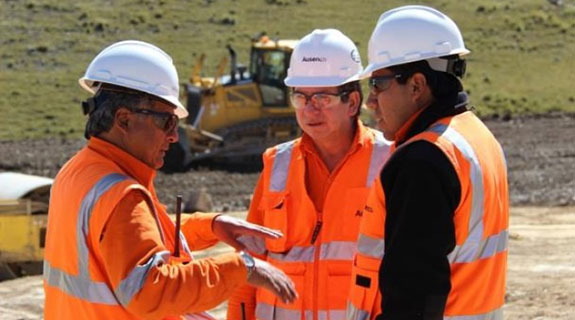 Mining-focused private equity firm Resource Capital Funds is seeking to privatise engineering and construction contractor Ausenco by way of a scheme of arrangement.

RCF, which is jointly run from offices in Perth and Denver, is a shareholder in Ausenco with a 4.5 per cent stake, and has also recently become the company’s sole secured lender after it took over existing facilities Ausenco had with ANZ Banking Group and National Australia Bank.

In a statement today, Ausenco said its directors had formed an independent board committee (IBC) to consider the proposal.

“The IBC believes it is important to assess the proposal’s terms and engage in discussions with RCF before proceeding further or making any recommendation to Ausenco shareholders,” the company said.

“The IBC believes this assessment and related discussions may take some time.”

The news sent Ausenco shares up 15.3 per cent to 30 cents each just prior to the close of trade.

IBC chair George Lloyd said the committee was yet to form a view on the benefits of the proposal and whether it would be in the best interests of shareholders.

“No assurance can be given that the proposal or any other transaction will proceed,” Mr Lloyd said.

The committee is being advised by Luminis Partners as financial adviser and Herbert Smith Freehills as legal adviser.