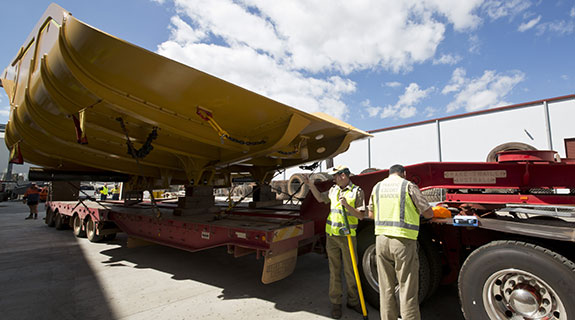 DT HiLoad specialises in the design and manufacture of dump truck trays.

An asking price for the business was not disclosed.

The DT HiLoad business, together with Drilling Tools Australia, Remet Engineers and Drill Rigs Australia, forms Ausdrill’s manufacturing division which reported a 0.5 per cent fall in revenue to $88.5 million in the 2015 financial year.

“It has been a very strong performing business when activity levels have been high.

“However, as the mining sector slows, there are potential strategic benefits and cost efficiencies in effecting a rationalisation of assets between industry participants.

“Consequently, we have made the decision to exit this non-core business.”

Mr Sayers said DT HiLoad was acquired as part of Ausdrill’s Brandrill acquisition and was not material to the group as a whole.

The company said it was in negotiations with a number of parties which have expressed interest in purchasing DT HiLoad.

Ausdrill plans to sell the business of by the end of March.

Shares in Ausdrill were unchanged at 23 cents each at the close of trade.