More than $123 million has been wiped from the market value of mining services firm Ausdrill after the company forecast a more than 50 per cent fall in its annual earnings. 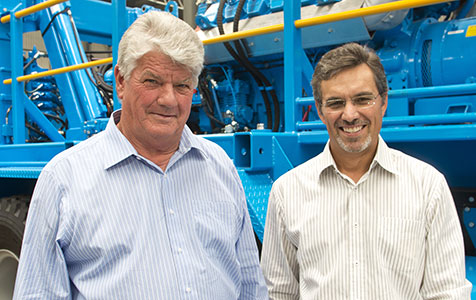 More than $123 million has been wiped from the market value of mining services firm Ausdrill after the company forecast a more than 50 per cent fall in its annual earnings.

Ausdrill said it now expects to report a net profit after tax of between $35 million and $45 million for the financial year to June 30 2014, due to weaker-than-expected first quarter results and soft prevailing market conditions.

"The weaker-than-expected outlook reflects a continuation of the challenging market conditions which are expected to remain subdued until the beginning of 2014 when an improvement in selected markets is expected to occur," Ausdrill said in a statement.

The company came out of a trading halt on Thursday after reviewing its current operating performance.

Ausdrill said it remained in a sound financial position but conceded the forecast was "not acceptable, even in these challenging times".

Still, it expects the focus by the mining industry on deferring all non-essential expenditure including capital works, exploration programs and non-critical maintenance will taper in the near future and that surplus capacity will start to diminish in full-year 2015.

The company is working on plans and strategies to achieve better returns.

"The deleveraging plans being pursued will ensure that the group will be well placed in the mining services sector to benefit from any upturn and opportunities that arise in the mining industry," Ausdrill said.

The expected weaker performance in fiscal 2014 is due to a reduction in mining production volumes, subdued exploration activity and a surplus of mining equipment hire in the sector.

A reduction in capital spending, weakness in some commodities prices and a delay in the commissioning of rigs would also affect the business.

"The first-half result will be lower than the second half due to the effect of contracts ceasing with the impact of any new work not taking effect until 2014," the company said.

The forecast excludes the effects of significant items and the impact of any fluctuation in the value of the Australian dollar.

Ausdrill said it remained comfortably within its debt covenants as it focused on strengthening its business in Australia and Africa by providing specialist drilling services, restricting capital expenditure and reviewing costs.

In April, Ausdrill downgraded its earnings forecast for the 2012-13 financial year due to weaker commodities prices.

Ausdrill told shareholders earlier this year that it would review its cost structures in the wake of a 20 per cent fall in annual net profit, driven by slowing conditions in Australia and Africa.

It recorded a 6.6 per cent increase in sales revenue to more than $1.1 billion, driven largely by the first-time contribution of the Best Tractor Parts Group, which it bought in August last year for $165 million.

At the time, the company said it expected the production phase of the mining cycle to provide a solid base for the business in 2013.

Several other mining services companies have downgraded earnings forecasts this year, including WorleyParsons.

Forge Group yesterday suspended its shares as it works to determine the full extent of performance issues at two of its power station projects ahead of the release of its earnings guidance.