Ausdrill scoops up BTP for $165m 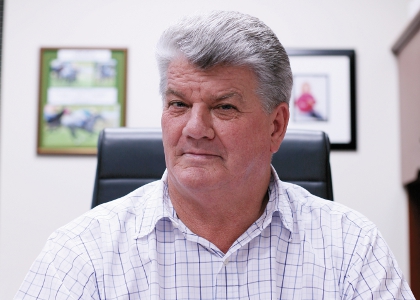 Ausdrill has completed its acquisition of the Best Tractor Parts Group, announcing today it has agreed to pay $165 million for the earthmoving and tractor equipment retailer.

Ausdrill previously announced it was in discussions with BTP regarding a takeover on May 30, and confirmed a non-binding agreement had been reached on July 11.

“We regard this as a very strategically important acquisition as it provides a logical fit with Ausdrill Mining Services and other Ausdrill divisions,” Mr Sayers said.

“In addition to introducing new revenue streams to Ausdrill’s existing activities in Australia, it will enable us to grow our hire fleet from 117 to 194 vehicles, enhance our maintenance capabilities and capture additional opportunities to build relationships with blue-chip customers.”

BTP’s current owners, Brian and Greg Murphy, have agreed to provide consultancy services to Ausdrill for 12 months after completion of the sale.

The Perth-based business was established 25 years ago, and at one stage was owned by Emeco, before being purchased by the Murphy brothers.

For the year to June 2012, it generated revenue of $176 million and underlying profit (EBITDA) of $50 million. Hence the purchase price represents a multiple of three times EBITDA.

Earlier this month, Titan International Inc took control of Welshpool-based Planet Corporation Group.  Titan said it acquired 56 percent of Planet for $US22.9 million and paid-off their outstanding credit facilities of $US10.5 million.  Planet generated over $US75 million in sales in the past 12 months and approximately $US10 million of EBITDA in 2011.  Planet includes National Tyres, Acme Wheel and Resource Tyre & Choice Tyre Wholesalers.