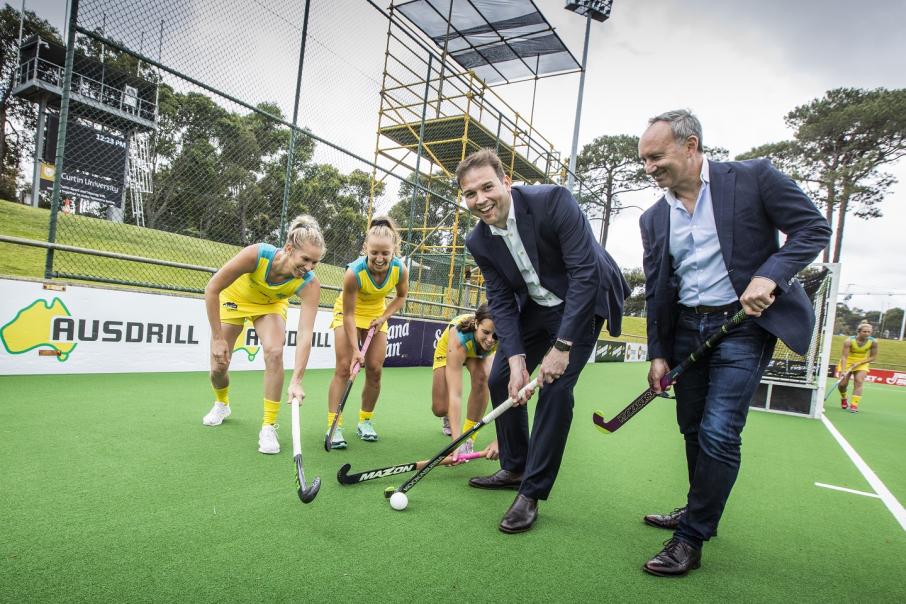 Ausdrill announced it extended its contract as the Hockeyroos’ official naming partner and as the official supporting partner of the Kookaburras by two years.

This will take the partnership up to 2021, with Ausdrill having been involved since 2011.

Ausdrill said the partnership would also involve helping develop a plan focused on promoting hockey through indigenous engagement and other community development initiatives, while also looking to promote gender diversity in mining.

Perenti managing director Mark Norwell said the Hockeyroos were one of the most successful national sporting teams in Australia.

“This is an exciting time for the team and we wish them all the best for the Olympic qualifier and for the duration of our partnership.”

The Hockeyroos will play against Russia today and tomorrow as part of the Olympic qualifying series for the upcoming 2020 Tokyo games.

Fortescue announced it will be the game day partner for tomorrow’s games featuring the Perth Thundersticks followed the Olympic qualifier between the Hockeyroos and Russia at Perth Hockey Stadium.

Fortescue director of community, environment and government Tim Langmead said hockey was a fantastic sport for the whole family.

“We are proud to be able to support both national teams and bring more hockey to the community as game day partner for Saturday’s ‘Hockey One’ games,” he said.

In addition, Fortescue’s major shareholder, Andrew Forrest, announced today that his Minderoo Foundation will donate $100,000 to Telethon for every try the Western Force score against the Canberra Vikings in this weekend's National Rugby Champoionship final.

Minderoo will also donate $25,000 for every try the Vikings score.