AusQuest gets $26m injection from Cliffs

Cliffs Natural Resources, formerly Cleveland-Cliffs, received the approval at today's AGM with Cliffs to proceed to subscribe for 68,308,791 AusQuest shares at 40 cents each and an additional 26,470,857 options with an exercise price of 40 cents each.

The strategic alliance encompasses the back-up and support of a major international mining house, giving the Ardross-based AusQuest a significant competitive advantage as a well-funded, technically capable junior resource company.

Cliffs will hold a fully diluted 30% interest in AusQuest following completion of the placement.

- Placement of 68.3 million shares at 40 cents and 26.5 million options to be completed within five business days.

- Support and back-up from major mining house through Strategic Alliance.

This marks the final outstanding approval for the transaction, with Cliffs to proceed to subscribe for 68,308,791 AusQuest shares at 40 cents each and an additional 26,470,857 options with an exercise price of 40 cents each. The share and option placement will be completed within five business days of the AGM.

This will result in a cash injection of approximately A$26 million, net of costs, significantly enhancing AusQuest's cash position and enabling the Company to aggressively step up its exploration efforts in 2009 as well as actively target new opportunities.

The Strategic Alliance encompasses the back-up and support of a major international mining house, giving AusQuest a significant competitive advantage as a well-funded, technically capable junior resource company. Cliffs will hold a fully diluted 30% interest in AusQuest following completion of the placement.

AusQuest's Managing Director, Graeme Drew, said that the completion of the Strategic Alliance and placement would mark a very significant milestone for the Company.

"In the current challenging market environment, we are very fortunate to have secured the support and involvement of one of North America's leading mining houses in AusQuest's future," Mr Drew said. "This capital raising has been achieved at a substantial premium to our current market price, minimising dilution for existing shareholders."

"At completion, AusQuest will have cash resources of around $30 million, giving us the ability to significantly step up exploration programs at our projects in the Pilbara region of WA, as well progress our Diamantina Iron Oxide Copper Gold project in Queensland.

"In addition, with the support and backing of Cliffs, we intend to aggressively target strategic opportunities in the resource sector in Australia, where we believe many new projects and opportunities will emerge in the next 6-12 months," Mr Drew said.

"AusQuest is exceptionally well placed to actively evaluate new opportunities, and we will be targeting advanced exploration projects with substantial size potential," he said. "Our focus will be on major commodities such as manganese, iron, copper, zinc, nickel and gold, preferably in Australia, but also offshore," he added.

At the Table Hill Manganese Project in the Pilbara region, the Company plans to drill 5-10 regional targets during 2009, to confirm the potential of the area to become a new manganese province, and undertake initial drilling at the Skillion Hill Manganese Project, in the Kimberley region of WA, where high surface grades of up to 55% Mn have been achieved.

At the Diamantina Project in Queensland where potential IOCG intrusive systems have been intersected at depth, deep geophysical targeting will be used to optimise sites ahead of further drilling later in 2009.

AusQuest also plans to progress exploration and evaluation activities at its Rocklea Channel Iron Project as well as the Tom Price South, Paraburdoo and Nameless Iron Projects where drilling is planned to commence in the coming weeks. 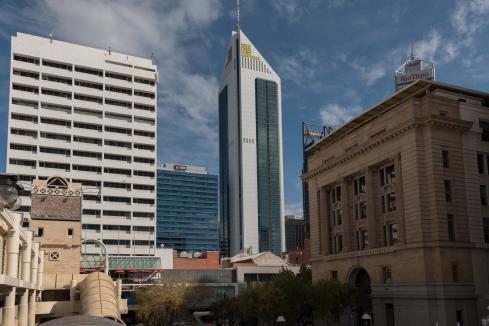