Copper-gold explorer AusAmerican Mining is set to add an operating copper-lead-zinc mine and a major copper development project in the Republic of Congo to its portfolio of assets, with the transaction worth $US49 million. 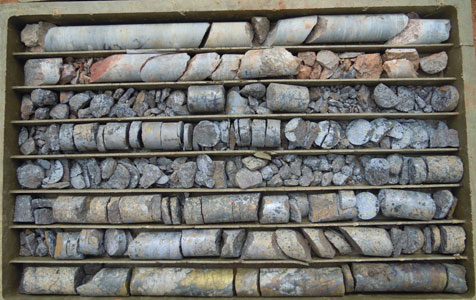 Copper-gold explorer AusAmerican Mining is set to add an operating copper-lead-zinc mine and a major copper development project in the Republic of Congo to its portfolio of assets, with the transaction worth $US49 million.

AusAmerican said today it had entered a binding term sheet for an exclusive option to purchase a 77.58 per cent interest in Shenlong International Investment, which is active in copper, lead and zinc exploration in the Congo.

Shenlong’s subsidiary, Societe Lulu De Mine, holds a 90 per cent interest in two polymetalic exploitation permits, named M’Passa-Moubiri and Mindouli, which are considered to be highly prospective for copper, lead and zinc.

The Moubiri project is an operating mine comprising a copper, lead, zinc ore body with direct shipping-quality mineralisation, with two DSO shipments already having been delivered to customers in China.

The Mindouli project is a high-grade sandstone and limestone hosted copper deposit, with high grade mineralisation occurring over a 1.2 kilometre strike length.

Shenlong completed surface mapping, sampling, 16 drill holes and underground sampling at the project between 2009 and 2013.

AusAmerican said it was in discussions with several international groups regarding a $US60 million pre-payment facility to fund the purchase of the assets and provide additional working capital.

Chairman Peter Landau described the acquisition and development funding talks as a transformative milestone for the company.

“We believe we can ramp up production in the short term to provide significant cash flow margins for the company,” Mr Landau said.

“Mindouli is a development project with significant exploration and feasibility work undertaken to date and, importantly, a clear path forward to establish the next stage forward for development.

“We believe this opportunity represents outstanding value to current and prospective shareholders.”