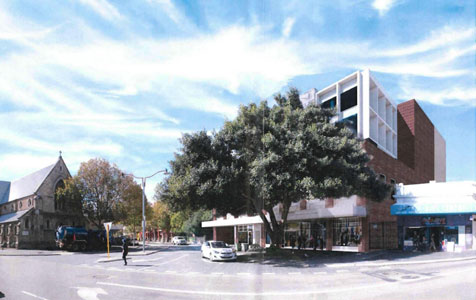 UPDATE: The City of Fremantle says it remains keen to progress a substantial redevelopment of the Atwell Arcade, after sending the developer back to the drawing board for the third time over heritage concerns.

The redevelopment proposal, put forward by Gerard O'Brien's Silverleaf Investments, includes a 3,000 square metre, four-storey office building in between two heritage-listed buildings, which will be retained and restored for retail and hospitality uses.

Mr O’Brien said most of the existing retail tenants would be retained in the redevelopment, which will have an end value of around $30 million

A major tenant has already signed on for the additional retail space, while 80 per cent of the office component  is also spoken for.

He said he believed the project would be a significant game changer for the Fremantle city centre.

"This will be a premium grade office with all the NABERS ratings and everything else, and it will be as good as anything done in the CBD."

Last week the city told Silverleaf its proposal to partially demolish and refurbish the historic arcade would have a negative impact on the heritage buildings.

The council said the level of intrusion on the buildings was not justified, and a balance between reducing the impact of the office structure and integrating it with the existing buildings had not been met.

But City of Fremantle mayor Brad Pettitt told Business News the council was very keen to continue working with the developer to reach a suitable outcome.

A special meeting of council will be held next week to discuss the proposal.

"I can't remember ever before a special meeting of the whole council being called for a single development," Mr Pettitt said.

"We understand the developer is under some time constraints around keeping his tenants, and we're certainly keen to see a development which brings hundreds of jobs and new high quality retail tenants to Fremantle."

Mr Pettitt said the council's aim was to ensure the heritage aspects of the existing buildings at Atwell Arcade would be enhanced through the redevelopment.

"Whenever anyone wants to do a major development that includes the highest-rated heritage buildings it takes more time, that's inevitable and it's also what makes Freo great," he said.

He said a revamp of the arcade, and the office component in particular, would provide a significant economic boost for the Fremantle city centre.

It is understood the office building will cater for up to 300 workers.

"From a retail perspective, that mall has been struggling for some time now and this is the kind of boost it needs," he said.

"The mall is at a point where it needs a major change.

"This is going to be part of that, it's not going to be a single solution but it's part of it."

The move marks the third time the developer has been forced to revise its plans, with the initial proposal lodged with council in May including a five-storey building, which was subsequently amended in July to a maximum of four storeys on advice of Fremantle council’s Design Advisory Committee.

A revised proposal was presented in August, but the DAC said the design and composition of the facade for the four-storey building was not appropriate, and the heritage significance of the Cantonment Street-facing building would not be retained if the proposal went ahead.

The new plan, submitted in late August, addressed those concerns, but the city’s heritage department reiterated the worries over the Cantonment Street structure.

The city acknowledged the proposal had improved significantly, but has asked Silverleaf to reconsider and amend its plans to address the concerns of the DAC and Fremantle’s heritage department. 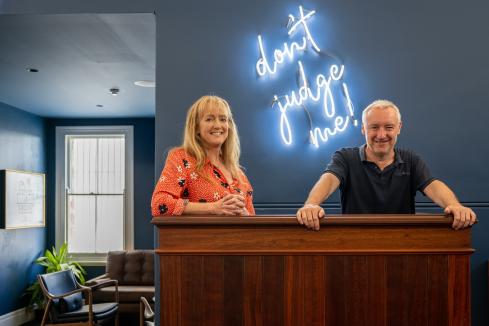