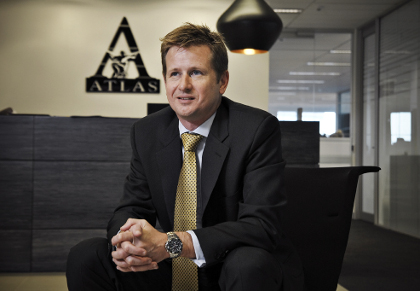 Atlas Iron will book a non-cash impairment of $258 million following a review of some of its exploration projects, but says its development plans are unchanged.

The Pilbara iron ore miner said the impairment was due to the accounting values attributed to these exploration assets arising from the higher price of Atlas shares used as consideration when many of the tenements were acquired between 2009 and 2011.

This compares to the value ascribed by the market as at 31 December 2012 to these exploration assets.

"The company is well positioned financially with $423 million cash on hand as at 31 December 2012 and undrawn financing facilities of $50 million to complete its Horizon 1 development objectives," Mr Brinsden said in a statement.

He said Atlas had more growth to come after starting four mines in four years.

"We are now expanding into a more robust iron ore price environment and therefore expect to be generating substantial growing cashflows as we execute on our Horizon 1 and 2 strategy," Mr Brinsden added.

Earlier this month Atlas said estimates for its Pilbara iron ore reserves had increased by 21 per cent to almost 500 million tonnes over seven months.

It comes a fortnight after Atlas indicated it could beat its full year sales guidance after shipping more lower-grade iron ore than expected in the December quarter.

The company will report its first half financial results on February 28.