Mineral Resources has agreed to allow takeover target Atlas Iron to enter discussions with other parties, one day after the Andrew Forrest-chaired Fortescue Metals Group purchased a blocking stake in the junior iron ore miner. 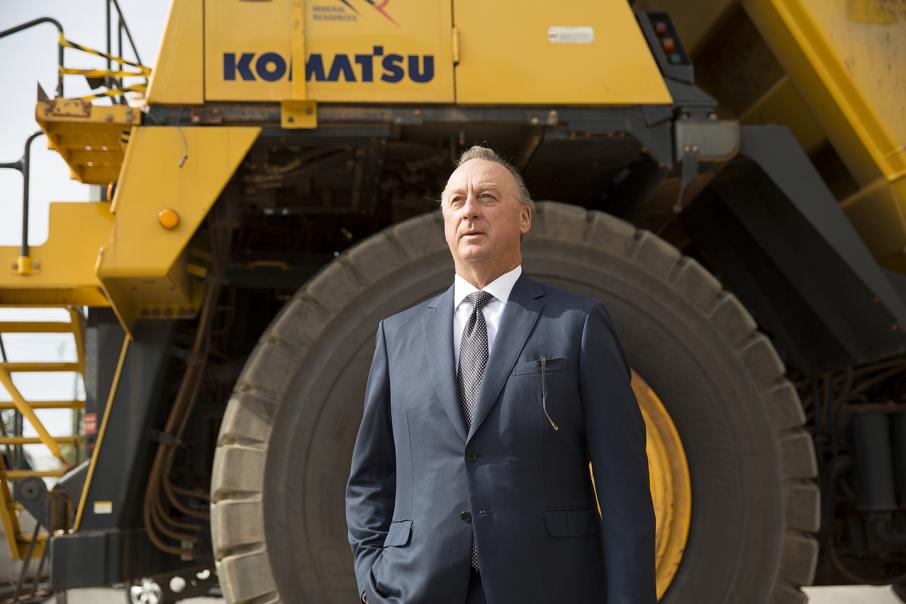 Mineral Resources has agreed to allow takeover target Atlas Iron to enter discussions with other parties, one day after the Andrew Forrest-chaired Fortescue Metals Group purchased a blocking stake in the junior iron ore miner.

Atlas said in a brief statement to the ASX this afternoon it had reached an agreement with MinRes to amend the scheme implementation deed for the $280 million takeover offer, which was launched in April.

The Chris Ellison-led MinRes has consented to waive the no-shop, no-talk and no due diligence clauses in the agreement to “allow AGO to explore discussion with other parties”.

This amendment is likely to put pressure on Fortescue to declare its hand.

It comes after Fortescue took a 19.9 per cent stake in Atlas yesterday, adding it would oppose the MinRes takeover offer but retained the right to change its mind.

The iron ore miner said it had purchased 15 per cent of Atlas Iron’s shares at 4 cents each, and had an additional interest of 4.9 per cent through a cash-settled swap.

Shares in Atlas were up 35 per cent on today’s news at 3.8 cents each, after slipping yesterday down to 2.9 cents per share.

FMG has so far been mute on its intentions, but most speculation has focused on its desire to negotiate a deal on access to Atlas Iron's rights to use port infrastructure at Port Hedland.

Initial speculation yesterday focused on the rights Atlas holds at the state-owned Utah Point berth but a bigger prize would be its rights at South West Creek, via joint venture entity North West Infrastructure.

In an update lodged with the ASX today, MinRes suggested Fortescue would not be able to access Utah Point, even if it wanted to.

It noted that Utah Point was built to exclusively support junior miners, such as Atlas and MinRes.

“It has long been bipartisan policy of Western Australian state governments that access to Utah Point is reserved exclusively for the juniors,” MinRes said.

Fortescue has built its own port infrastructure at Port Hedland, to support annual shipments of 170 million tonnes.

A UBS analyst note released this morning suggested Fortescue may want to gain control of NWI (via Atlas) to boost the efficiency of its shipping operations.

NWI holds rights to build a new berth with capacity to export 50mtpa from South West Creek, which is located opposite Fortescue's berths.

Intriguingly, MinRes also has plans to develop a stockyard and Cape-size berth at South West Creek, noting today it has commenced formal negotiations with the Pilbara Ports Authority on this.

The MinRes plan is part of its broader growth strategy, which includes construction of a lightweight rail-based system to transport bulk ores 330 kilometres to Port Hedland.

It also noted today that it has never intended to transport any of Atlas Iron's ore on the rail system.

“While AGO has undeveloped resources and $500 million of tax losses, we think FMG's interest may largely lie in North West Infrastructure (NWI),” the note said.

“NWI is a JV between Atlas Iron (63 per cent interest), Brockman Mining, and (Atlas subsidiary) FerrAus.

“NWI plans to develop a port facility that has a capacity to export 50mtpa from the South-West Creek location in the Inner Harbour at Port Hedland.

“Users of NWI are of B class, which means they have priority sailing rights over all other class ship movements, other than A class.

“FMG currently has 120mtpa of A and B class, which means the timing of its remaining 50mtpa out of the port is subject to other ship movements.

“Ownership in AGO enables FMG to have input into NWI's development and potentially increase its B-class tonnes.

“Ultimately we believe FMG wants a say in the development of its own backyard – the Pilbara.”