Atlas Iron shares have risen 5 per cent, after it announced a 24 per cent increase in its direct shipping ore resources.

Atlas Iron shares have risen 5 per cent after it announced a 24 per cent increase in its direct shipping ore resources.

Atlas' resource statement included upgrades from new deposits McCamey's North and Hercules, resulting in a 30 per cent upgrade for its Wodgina mine in the north Pilbara.

Atlas said Wodgina and its other iron ore operation, Pardoo, had significant upside potential, and development would continue over the next year.

"The growth at Wodgina is continuing, and we're still drilling Hercules with an expectation that it will deliver more tonnes," Atlas Iron managing director David Flanagan said.

"We will still work at growing our resource base around Newman. It is a world class proven iron ore field and we are optimistic we will have more success over time."

The resource upgrade follows Atlas' December announcement that it would seek an $828 million takeover of Giralia Resources.

If successful, the merged group would hold a market capitalisation of more than $2.8 billion, as of close of trade February 2.

The offer closes on February 11. 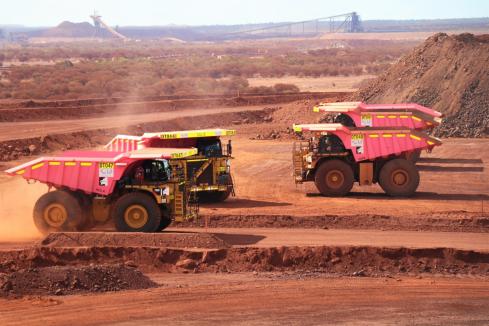