Atlas Iron plans to resume production at its Mount Webber mine in the Pilbara in July after negotiating a deal with BGC Contracting that is markedly different to earlier agreements with contractors at its two other mines. 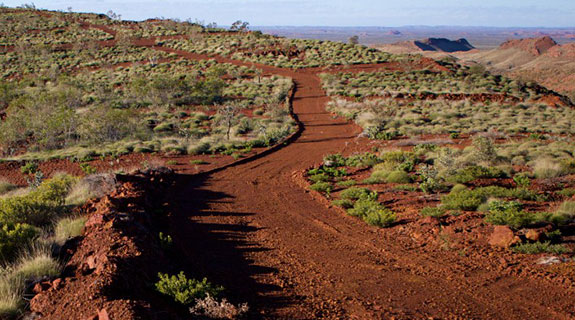 Atlas Iron plans to resume production at its Mount Webber mine in the Pilbara in July after negotiating a deal with BGC Contracting that is markedly different to earlier agreements with contractors at its two other mines.

Under the terms of the deal, Atlas will pay BGC between $17.1 million and $19.6 million in shares and/or cash, depending on the success of the company’s planned $180 million capital raising.

The payment will cover termination costs associated with BGC’s mining contract at Atlas’s Wodgina mine, which is now being carried out by Maca, as well as remobilisation and other costs for Mt Webber.

In contrast to the payment Atlas is making to BGC, the miner's other major contractors - Maca and road haulage contractor McAleese Group - have both agreed to contribute to Atlas Iron's planned capital raising.

They have also agreed to accept variable payments for their work, dependent on the Australian iron ore price; that will not be the case with BGC at Mt Webber.

Under the new BGC deal, Atlas has also agreed to pay a $3.45 million option fee in shares, which represents a $3 million credit against the future purchase of the crushing and screening plant at Mt Webber.

The Mt Webber mine is expected to produce at a rate of 6 million tonnes per annum for a mine life of more than eight years, at a break-even price of about $US50 per dry metric tonne.

Iron ore is trading at around $US62 a tonne.

The company has previously announced that it was in discussions with McAleese about the potential recommencement of road haulage at Mt Webber, but it is not yet known if a deal has been finalised.

Managing director Ken Brinsden said the resumption of mining at Mt Webber was another key step in the company’s strategy to ensure it had a robust financial future.

“We are firmly on track to achieving our key goals of low costs, strong margins and healthy cash flows, backed by a stronger balance sheet that will enable the company to withstand periods of price volatility,” he said.

Last month, Atlas reopened its Abydos and Wodgina mines after entering into deals with Maca and McAleese.

The company also recently flagged a $160 million impairment after a drop in value of some of its mining assets.

The iron ore miner is planning a total Pilbara production target of 14mtpa-15mtpa by the end of the year, with the production restart to provide over 700 local jobs.