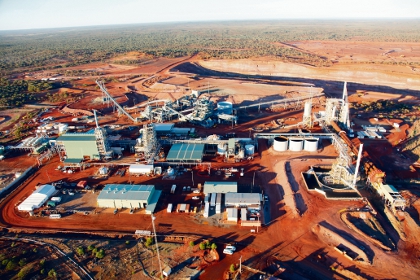 Debt laden mining company Atlantic has managed to convince most of the investors in its convertible notes that it should be allowed to spend money currently held in cash reserves on the ramp up of its Windimurra vanadium project.

A majority of note holders have approved the release of $US9.9 million from cash reserves and provided for the potential release of a further $US10 million early next year, subject to progress on the ramp up.

Managing director Michael Minosora said the company was delighted that note-holders agreed to support the ramp-up at Windimurra by agreeing to release the funds.

“The consultation process with the majority of the holders of the notes has been beneficial for all involved in the Windimurra project as it has confirmed that whilst we are behind our original production schedule, our ramp-up plan is on the right track,” Mr Minosora said in a statement.

He added that the operational team had achieved tremendous progress "in what has been a difficult period".

The company also updated its production outlook, saying it expected production of 477-583 tonnes of vanadium in the December quarter and 867-1060 tonnes in the March quarter.

Atlantic has previously said it was aiming to reach full production capacity of 6,300 tonnes per annum of contained vanadium by the end of the year.

That funding package was the second the company had lined up in five months, after it secured $41.7 million in financing in March to cover cash shortfalls caused by delays in ferrovanadium and iron ore production at the Windimurra mine.

Atlantic had also planned to raise more equity via a share purchase plan but in March the company said it would not go ahead because of declines in the company’s share price.

At close of trade today, Atlantic’s stock was down 6.2 per cent, trading at 30 cents.