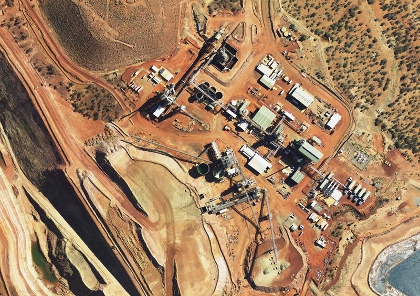 Iron ore and vanadium miner Atlantic has lined up a $41.7 million funding package to cover a cash shortfall caused by delays in production of ferrovanadium and iron ore exports from its Windimurra development in the Mid West.

Atlantic announced today that managing director Michael Minosora would tip in $10 million through a placement of 11.4 million shares priced at 88 cents each, while its largest shareholder, Droxford International signed up for a three year convertible bond to raise $30 million.

Atlantic will also place 1.93 million shares, also priced at 88 cents, with clients of CPS Securities to raise the balance of the $41.7 million.

Mr Minosora said the company had refined the capital needs of the Windimurra development since commencing first production in January.

“The result of this work indicates that the project requires further working capital as a result of production delays and we have moved decisively to address this situation with this funding package,” he said in a statement.

“The impact of the delays on our working capital position has been compounded by adverse movements in the pricing achievable for our existing stockpile of iron fines, which has prevented sales to date.

Mr Minosora said the funds would allow Atlantic to ramp-up towards its targeted production of 65 per cent capacity by the end of June.

The company is aiming to reach full production capacity of 6,300 tonnes per annum of contained vanadium by the end of the year.

“We are on track to achieve that target,” he said.

Also today, Atlantic said it would complement the funding package with a share purchase plan, inviting existing shareholders to apply to purchase up to $15,000 of new shares priced at 88 cents each.

The share purchase plan is not underwritten and will be capped at $10 million, the company said.