A deal between Adelaide-based Silentium Defence and Curtin University astronomers to develop technology tracking space junk is an example of WA’s growing capability in matters extraterrestrial. 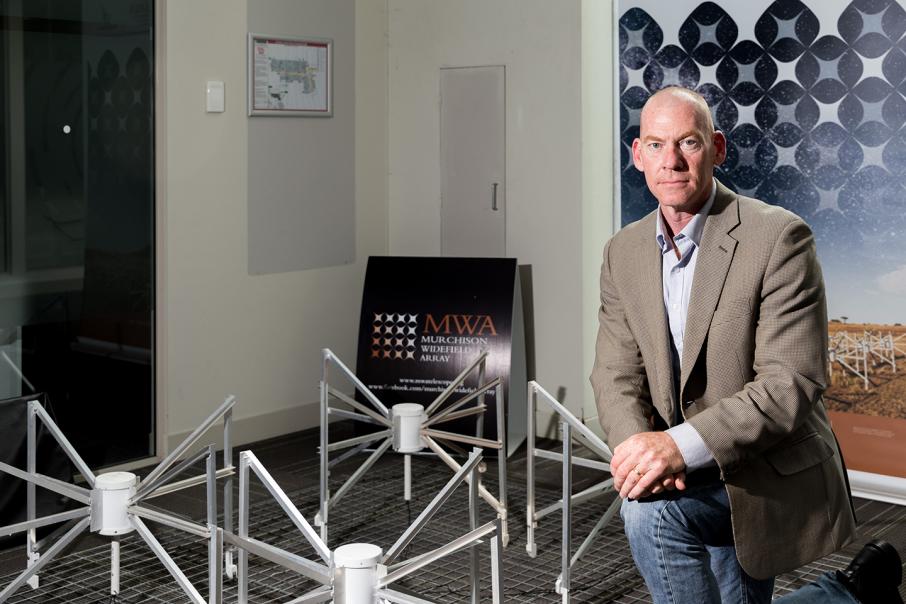 A deal between Adelaide-based Silentium Defence and Curtin University astronomers to develop technology tracking space junk is an example of WA’s growing capability in matters extraterrestrial.

There are about half a million pieces of space debris surrounding the earth, creating a three-dimensional puzzle for satellites to navigate or risk damage as they orbit.

Part of the solution to that puzzle is developing technology to track the junk, which can vary in scale from small paint flecks to those about the size of a school bus.

A paint fleck may sound small, but travelling at thousands of kilometres per hour, it can cause major damage.

The federal government’s Defence Innovation Hub is seeking assistance from Curtin University to develop a solution to the problem, in partnership with Adelaide-based Silentium Defence.

The Curtin node of the International Centre for Radio Astronomy Research (ICRAR) was subcontracted by Silentium to use the Murchison Widefield Array radar system to help develop the ground-based tracking technology.

The array is basically a giant satellite dish.

The first stage was commissioned in 2013 as a precursor to the Square Kilometre Array radio astronomy system to be built nearby.

ICRAR deputy executive director and Curtin node head Steven Tingay told Business News his team had been working with Silentium for a few years, and the next step would be to undertake feasibility studies on using the MWA for debris tracking.

“This phase of the project we’ll be doing some targeted, relatively short observations that are dedicated to the testing program that we want to undertake,” Professor Tingay said.

“The technique is to use regular FM broadcast, those FM radio waves make their way to our car radios, but quite a bit of that energy is broadcast out into space.

“Some of that energy in the form of radio waves reflects off the space junk and then we can receive that at the MWA.

“If we also take a copy of those radio waves (via) the direct transmission to a small receiver, we can correlate that signal with the MWA signal and that actually gives us full information about location on the sky, range and the doppler (speed).

“That allows the potential of a full reconstruction of an orbit.”

Professor Tingay said the need to track orbits was becoming more urgent as the number of objects in space grew.

“Space is ever more congested with this junk,” he said.

“Those bits of old rocket and things orbiting the earth pose a pretty high risk to all sorts of active assets, they could be defence assets or more likely than not civilian assets.”

If the program is successful, it would be a unique capability in the region, Professor Tingay said.

And it would not take away resources from other research projects.

“We can potentially detect and track large numbers of objects in one single short observation, which is different to other technological capabilities and certainly unique within the geographic location of Australia … it starts to fill in the globe,” Professor Tingay said.

“There’s no reason why we couldn’t do astronomy and space debris tracking at exactly the same time.

“That’s because the radio astronomy data can be tapped off at different points (and processed separately).”

If the program were successful, there would be an option to build a replica MWA, he said.

“(The project has) been an interesting example of translation of fundamental astrophysics and radio astronomy into a sector that’s much more practical, relevant to wider society, and actually into a very large commercial sector,” Professor Tingay said.

Through the various projects undertaken by the MWA, about 20 petabytes of data had been collected using Curtin’s Pawsey Supercomputing Centre.

The role by researchers from Western Australia in the space junk project is an indication of how the state’s capability in space debris monitoring is developing.

Lockheed had at that stage not clarified where the technology might end up, but it was believed one potential operation would be to track space junk.