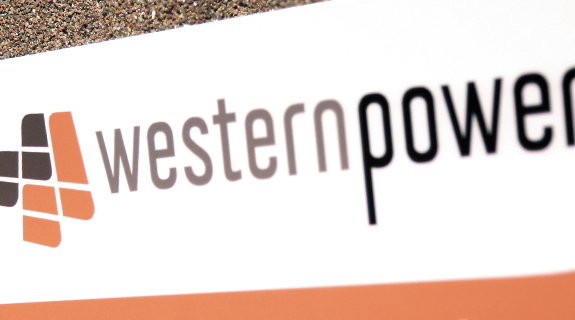 The state government is planning to develop a business case to take the Western Power sale to the next election rather than lock it in, in today’s budget.

The government had flagged the sale earlier this year as a mechanism to dramatically reduce the state’s debt burden, which is now forecast to peak at more than $40 billion at the end of the decade, from an expected $27.9 billion at June 30 this year. Two previously flagged sales have been canned- the Forest Products Commission and the state fleet.

Horizon Power will remain in state hands, but iits Pilbara transmission assets will be sold for about $800 million.

Dr Nahan said this sale was not controversial and would not require legislation, however the government did not have time to complete regulatory updates and get it finished before the March 2017 state election.

He said several companies had transmission assets in the Pilbara, including Alinta, BHP Billiton and Rio Tinto, as well as Horizon Power.

“We are developing an open access regime now with all of those," he said.

“What we would do is seek to have a long-term lease of Horizon’s assets.

“I imagine at the same time many of the others will sell into the same pool.”

Dr Nahan said cash proceeds from the sale of Western Power had been conservatively estimated at about $12 billion.

However it is yet to be determined if the government would sell the network as a whole or part, or pursue a lease, and there was no detail included in the budget documents.

"What we are going to do over the next 7-8 months is build a detailed case for the sale of Western Power," he said.

"We will develop that case and take it to the people (at the March 2017 state election) to seek a mandate."

Matters that need to be ironed out include the impact of a new regulatory structure, with Western Power joining interstate network providers under the umbrella of the Australian Energy Regulator.

Most of the sale proceeds from the $16 billion package will go directly to debt retirement, totalling about $11 billion, which would take out about 30 per cent of the state’s projected debt level.

A further $5 billion will be put into an infrastructure fund, to finance future projects.

Sales that are listed in the budget documents include Fremantle Ports and Utah Point, with Fremantle expected to fetch $2 billion.

That was despite the Fremantle Ports enabling legislation being blocked by the National Party in the state’s upper house of parliament.

Dre Nahan said the government had conservatively assumed the TAB would be sold for about $200 million.

Up to 40 per cent of Keystart's affordable housing loan book, or $1.6 billion, could be parceled up for investors, although that would impact gross debt, not net debt.

No revenue from any sale is booked into the government’s budget forecasts, other than the completed Market City.

Today's budget follows Dr Nahan’s takedown of a report yesterday by Orion Consulting, funded by the Electrical Trades Union, that suggested a Western Power sale would cost the budget at least $170 million per year.

There were flaws in that argument, the treasurer said.

One was that it included company tax payments, which under competition policy rules are included in Western Power’s income statement but would be paid to the state government in place of the federal government.

Those payments have been deferred, however, and now appear as a $470 million liability in Western Power’s balance sheet.

A second issue was the tariff equalisation fund, where Western Power contributes to costs for consumers in regional areas.

Orion assumed that spending would be transferred to the government, while Business News understands it will likely continue to be paid by Western Power, which receives additional revenue through the current market structure to pay for the fund.

“Business has been calling for the State Government to implement a plan to regain the AAA credit rating and build the economy of the future, so today’s budget is welcome news to the community,” Ms Willmott said.

“Western Australia currently has the lowest credit rating in the country, so the sale of Western Power and poles and wires in the Pilbara will go a long way to reducing debt and restoring the markets’ faith in Western Australia as a stable place to do business."

Moves to sell the South West network will no doubt continue to drive debate as to the impact on power prices.

That was the experience in South Australia, where network costs fell 17 per cent in real terms in the 12 years after a sale, and Victoria, where they fell 18 per cent over 17 years.

By contrast, network prices more than doubled in both New South Wales and Queensland, where the networks are publically owned, in the same period.