After a decade of strong population and economic growth, debate continues as to the best ways to fund the state’s future infrastructure needs. Business News has compiled a list of the biggest state government assets that could be sold in future to fund infrastructure. 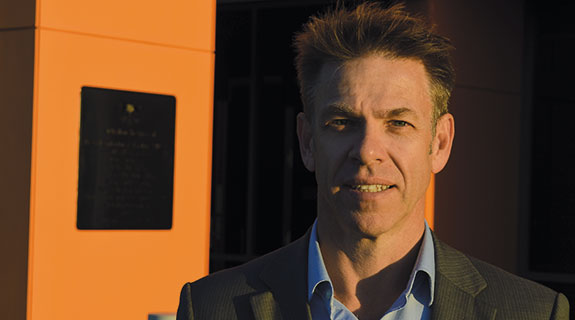 START NOW: Jeff Miller says the government should be open to continue debt funding to invest in infrastructure.

After a decade of strong population and economic growth, debate continues as to the best ways to fund the state’s future infrastructure needs.

Much has been made of the wisdom, or otherwise, of the state government’s current infrastructure spending priorities, particularly with regard to the financial pressures they place on an already shaky budget position.

But even after the current wave of spending cycles, a major issue looms for state’s infrastructure builders and operators.

With financial pressures on the state government, and strong demand for infrastructure, securing funding is going to be key to smoothing the pipeline of work.

In its most recent budget, the state government touted that, by 2018-19, it will have spent nearly $71 billion in infrastructure investment since taking office, funded in part by operating surpluses, and in part by a rapid expansion of the state’s debt position.

Around $24 billion of that spending is forecast in the coming financial year and across the forward estimates, with projects such as the airport rail link and Perth Freight Link under way in that time.

Yet the current outlook and backtracking on other announced projects suggest that room for further infrastructure spending could be constrained.

There are options, however, to keep the build going and ensure a steady flow of work for the sector.

Among these options is the further usage of debt funding (already embraced by the government), while asset sales have been adopted more recently. Public private partnerships have been used, too, most recently for new schools.

The state government has hedged its bets on asset recycling for some time, but last week announced plans for private sector bids on state-owned properties under an unsolicited bids process.

It also listed further assets in the second wave of its land sales program and announced advisers for the sale of Utah Point and the Perth Market Authority.

But it’s the larger state-owned assets where the real money is.

The federal government has been encouraging states to undertake this approach through its asset-recycling fund, worth around $5 billion.

Using the fund, the Commonwealth tops up the proceeds of any sale that are used towards infrastructure by 15 per cent.

The ACT was the first to jump on the cash, selling its betting agency and part of the public housing stock to pay for a light rail network, while NSW Premier Mike Baird was recently re-elected on a platform to lease 49 per cent of the state’s electricity network.

In Western Australia, the state government’s flagship sale will be Fremantle Ports, estimated to bring in up to $2 billion, and the TAB, which had been suggested to be worth as much as $1 billion.

Chamber of Commerce and Industry (CCIWA) chief executive Deidre Willmott said the chamber supported the state government’s sales strategy, and that it should be expanded to other assets.

“CCIWA has consistently maintained the government should sell assets where the private sector can provide the service more efficiently and in a competitive market, with a monetary return the second objective,” Ms Willmott told Business News.

“We have long held the view the government must structurally separate and privatise Synergy, the dominant state-owned generator/retailer and privatise Western Power, the monopoly network service provider, which will cost taxpayers $1.9 billion over the next four years in subsidies to the industry.”

Economist Saul Eslake agreed that the electricity network would present an opportunity.

“The sale of the Fremantle Port is a good start, but I have always found it surprising that the Western Australian Liberal Party, which would ordinarily take pride in being regarded as the most pro-free enterprise and right-wing government in Australia, for some reason continues to think it appropriate that the entire electricity supply and distribution chain should remain in public ownership,” Mr Eslake said.

“While I appreciate that some special provisions might be warranted to ensure the continued supply of electricity at reasonable prices to people and businesses in very remote parts of WA, in both Queensland and NSW, state governments have managed to accommodate those concerns without needing to retain ownership of 100 per cent of the entire electricity supply industry.”

A rough estimate of the value of Western Power can be derived from a forecast by investment bank UBS for the lease of the NSW electricity network.

With an EBITDA in the previous financial year of $873 million, and using the multiple of 10.8 applied to Ausgrid (NSW), it would bring around $10 billion to the state government.

Other potential sales that the government has not yet announced could include Gold Corporation, which runs the Perth Mint.

The corporation has assets of around $3 billion, with revenue of more than $5 billion, although its operating profit after tax is around $20 million.

Another example would be prisons, which had been suggested in an internal government report last year.

Acacia prison has been run by global giant Serco since 2006, under a 15-year contract, and reportedly has dramatically lower costs per head than other institutions around the state.

More controversially, the Housing Authority has an enormous portfolio, with assets of around $20 billion.

Moves have already been made to consolidate in the social housing space, with the state government selling properties in high-value areas and offsetting with purchases in less expensive areas.

Selling the electricity network will be a complex process, particularly given the substantial subsidies given to consumers through the supply chain.

Civil Contractors Federation WA chief executive Jeff Miller argues that the sale process of the network, and other major assets, could take a couple of years, meaning the government would miss a rare set of circumstances.

“Our contention is that coming off the back of (the resources boom) there is an opportunity for the state and federal governments that we’ve never seen before,” he said.

“That’s the intersection of three events. One is that there’s excess capacity (among contractors).”

He said the second was dramatically low borrowing rates.

Cheap borrowing and excess capacity would both reduce costs for government, he said.

Mr Miller said that, in this circumstance, the state government should not shy away from borrowing to fund capital works.

“(We’re) seeing our contracting dollars stretched 25 or even 30 per cent further than they were a couple of years ago,” he said.

The third factor was a widening infrastructure deficit.

In 2013, Infrastructure Australia identified the size of that gap as almost $300 billion Australia wide.

Delaying action would mean that gap would expand and become more difficult to fill in future.

He said it was possible credit rating agencies would start to differentiate between debt used for different purposes.

Another potential option, and one used previously by the state government, is public private partnerships.

A recent example is a plan to fund schools through PPPs, involving funding from both government and private operators.

In health, the Midland Health Campus is the most prominent example, while the Mundaring water treatment plant is a case study in public utilities.

Ms Willmott backed further moves. “Public private partnerships should be a key mode for infrastructure project delivery and there should be greater collaboration between the public and private sectors during the feasibility stage for PPPs,” she said.

A 2008 study by Infrastructure Australia and the University of Melbourne said PPPs could prove much cheaper than traditional financing methods.

“Over all time periods considered in this study, PPPs delivered projects for a price that is far closer to the expected cost than if the project was procured in the Traditional manner,” the report said.

It added that they could be up to 30 per cent cheaper.