Asphar back to square one

Sixteen years after establishing Asphar Survey Group, and then building it into one of Western Australia’s largest surveying firms, Anthony Asphar is heading back to the jobs market after the demise of his business. Click through to also see the updated BNiQ list of WA's Top 10 surveying firms. 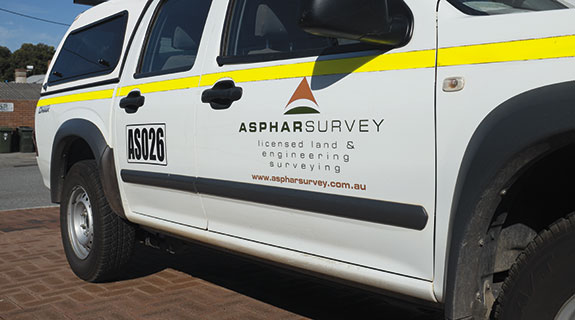 Sixteen years after establishing Asphar Survey Group, and then building it into one of Western Australia’s largest surveying firms, Anthony Asphar is heading back to the jobs market after the demise of his business.

Mr Asphar laid off the last of his staff on Friday February 13 and is in the process of appointing a liquidator to formally wind up the business.

It’s a far cry from 2012, when he was working on the Roy Hill iron ore project and had a peak workforce of 114 people.

“We ran the business successfully for 16 years, made it through the GFC, there’s lots of experience and good memories,” Mr Asphar told Business News.

“But it’s been a bloody brutal year. I had 13 properties, including the family home. I’ve lost the lot.” 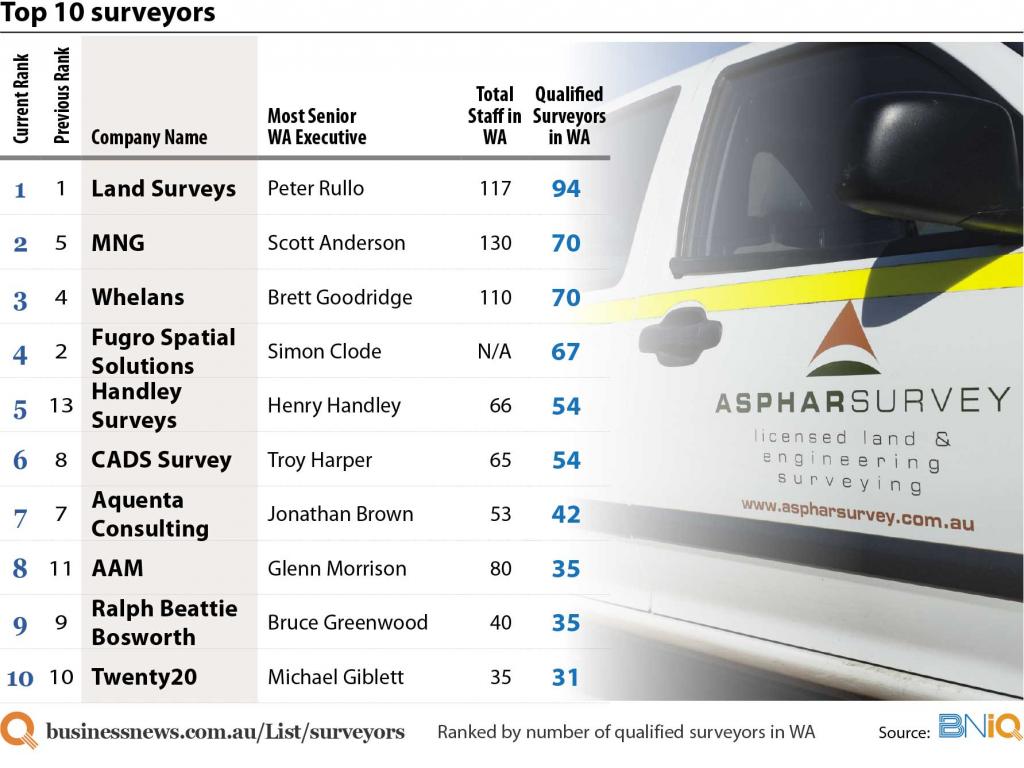 He has registered the name Asphar Spatial, but has no plans to continue with the business, saying instead he will be looking for paid employment.

Asphar Survey Group was squeezed from all sides over the past 12 months.

“The cost cutting was a big one; miners cutting back pretty heavily and taking work in-house instead of engaging contractors.”

Mr Asphar said the collapse of engineering contractor Forge Group hit his business hard, as did those of water infrastructure business GFR and manufacturer United Industries.

The first outward sign of trouble came last April, when the labour hire subsidiary Asphar Survey was placed into administration.

Mr Asphar said the cost of the administration, including legal fees, was a drain on the business, and the appointment of administrators (and later liquidators) had affected the group’s standing in the market.

“We built the business on improving equity values in our real estate; that allowed us to grow the business,” Mr Asphar said.

Access to finance wasn’t a problem when the business was working on projects like Wheatstone, Solomon and Sino Iron, with healthy profits and the value of its properties in Perth, Karratha, Onslow and Geraldton rising.

“The banks were competing for our business back then,” Mr Asphar said.

“The bank gave us less support as the prices fell.”

With a core group of 15 staff, Mr Asphar was still chasing work this year, including on the West Pilbara iron ore project.

“We’d been hoping to win a couple of contracts in late January or February, but that didn’t happen, so we decided to call it a day.”

Mr Asphar had also been seeking to diversify, opening offices in Darwin and Brisbane and pursuing a big rail project in China.

“If the mining work had kept going for another six months, it could have been a totally different story,” he said.

Other companies in the survey industry have also been affected by the tougher trading conditions, with most trimming staff numbers and costs.

Peter Rullo’s Land Surveys has 94 surveyors and 117 staff in WA, which makes it the biggest survey firm in the state, according to the latest BNiQ data.

He started diversifying three years ago, and has secured a big contract in Darwin on the Ichthys gas project while achieving steady growth in Sydney and Melbourne to offset the slowdown in WA.

“The biggest factor in our business has been the decline in margins,” Mr Rullo said.

“Margins are extremely low and there is less work around.”

He said Land Surveys had taken on some good staff and was well placed for a future upturn.

MNG director Steve Maughan said his business was “still ticking along quite well”.

He said MNG, formerly known as McMullen Nolan Group, had done some work in the Pilbara but had focused more on land development and infrastructure work.

It was also winning work on the east coast, which was mostly serviced by its Perth staff.

In the year to June 2014 it reported a 14 per cent slide in revenue to $25.1 million while underlying earnings fell 33 per cent to $2.9 million, after $1 million of redundancy and restructuring costs.

Since then, staff numbers have fallen further to 110, according to BNiQ. Despite this, OTOC is focused on the surveying sector as a growth opportunity, pitching itself as the first-mover in a national consolidation strategy.

In the past year it has recruited MNG chief executive Brett Goodridge as general manager of the Whelans business, and acquired Melbourne-based Bosco Jonson (80 staff) and Sydney-based Geo-Metric Surveying (52 staff). 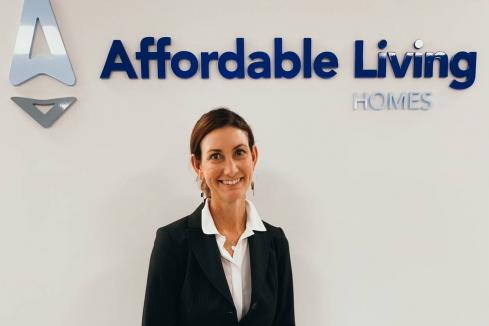