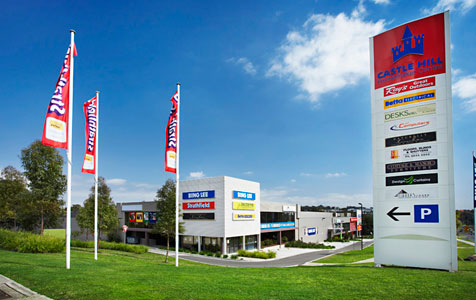 The Castle Hill homemaker centre in New South Wales, which Aspen sold in January this year.

The company said it would receive $74.32 million in cash for the properties, and $2.175 million worth of a new class of preference units in buyer Denison Diversified Property Fund.

Aspen said the sale was a 4.6 per cent discount to the book value of the properties.

The proceeds from the sale will be used to pay down debts.

Aspen began a sales campaign for the properties in July 12, after shareholders voted to dispose of the assets.

The fund was established in 2005 and comprised four office buildings, a retail development and three industrial complexes in New South Wales, Queensland and Victoria.

Commercial properties at Castle Hill in NSW and Nunawading in Victoria were sold individually in January this year and September 2012, respectively.

At close of trade today, Aspen shares had slipped 0.3 cents, to finish at 18.7c.