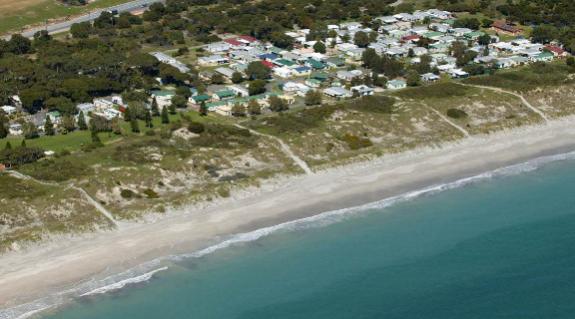 The Coogee Beach Holiday Park, south of Fremantle, part of the APPF portfolio.

On Friday, Discovery increased its offer to take over the Aspen Parks Property Fund, which owns a portfolio of 24 holiday parks across Australia and was valued at $223 million at the end of the 2014-15 financial year.

Aspen Group initially offered shareholders 53 cents per share to merge with the fund.

Today, the APPF board recommended shareholders accept the new bid from Discovery, which has a total value of around $146 million.

APPF also said it was withdrawing its support for Aspen Group's bid to merge with the fund.

Aspen Group has a 42 per cent stake in the fund, while it also has a management contract in place until 2019.

The group today said it had not yet made a decision in relation to Discovery's offer, including its shares in APPF.