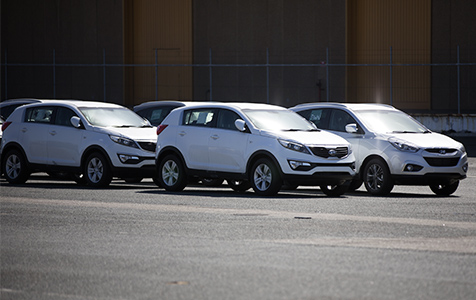 Four car finance brokers employed by Get Approved Finance have been banned by the corporate watchdog.

The Australian Securities and Investments Commission’s investigation into a car financing business in Victoria Park has claimed its fourth suspect, with Julie Vanzyl permanently banned from engaging in credit activities and providing financial services.

Asic found that, while employed at Get Approved Finance, Mrs Vanzyl engaged in dishonest and misleading conduct when brokering vehicle finance for three clients in 2012.

Mrs Vanzyl is the fourth Get Approved broker to be permanently banned, with Eric-John Pryor and Peter McDonald banned in July last year, and Rana Hepi last December.

Mrs Vanzyl, along with her former colleagues, were all found to have misled clients with poor credit histories into believing they would be approved for vehicle finance if their loan applications were supported by guarantors.

“Mr Vanzyl then dishonestly prepared loan applications solely in the names of the proposed guarantors without those persons’ knowledge or consent,” Asic said in a statement.

“As a result, Esanda, as the credit provider, financed automotive loans which it otherwise was unlikely to have approved.”

The watchdog also found Mrs Vanzyl had inflated loan amounts by selling and financing insurance products without her clients’ knowledge, and misled Esanda about the existence of insurance policies for clients who were settling loans.

Esanda, a subsidiary of ANZ Banking Group, has already agreed to compensate the Get Approved victims.

Asic’s investigation into Get Approved and Esanda remains ongoing.

Meanwhile, Asic has also permanently banned Perth-based insurance broker Haydn Reimers after an investigation found he had engaged in misleading and deceptive conduct.

The watchdog found that, between 2013 and 2014, Mr Reimers had fabricated builders’ warranty insurance certificates and had also failed to obtain the policies for four clients operating in the building and construction industry.

“As a result of his conduct, some of Mr Reimers’ clients were at risk of breaching residential dwelling building contracts and being in contravention of the Home Building Contracts Act,” Asic said.

“In one instance, a client risked being fined up to $70,000 by Workcover WA and paying $4,367 for avoidance of insurance premium despite paying that amount for the premium to Mr Reimers.

“In another instance, Mr Reimers failed to notify a client that their work insurance was due, and as a result the policy was cancelled. When the customer subsequently tried to make a claim, it was rejected.”

Asic said it found reason to believe that Mr Reimers was not of good character.

Commissioner John Price said individuals that worked for licensed insurance intermediaries hold a position of trust and are accountable for their actions.

“Asic will not tolerate this type of behaviour,” Mr Price said.

“Those who engage in misleading and deceptive conduct will be removed from the industry.”

Asic also announced today that it had wound up nine abandoned companies across Australia which owed at least 28 employees nearly $900,000 in entitlements.

Of those nine companies, three were in WA.