Universities have a great track record in Asia; we would do well to learn from them. 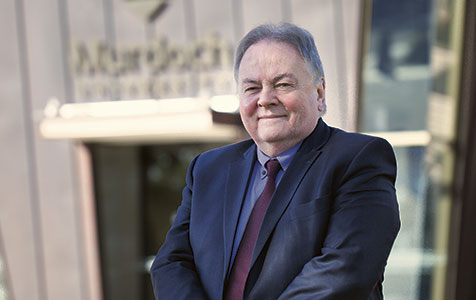 When Professor Richard Higgott arrived in Western Australia two years ago he brought with him a host of ideas from the UK, where he’d been part of energising the University of Warwick, a second-tier institution located in Coventry.

Apart from restructuring the university’s faculties and management, Professor Higgott has also delivered on a promise to introduce the concept of bringing together scholarship and policy in an approach that resembles a traditional think tank.

In some ways, the commission tells us much we already know. Asia is rising rapidly as a global powerhouse, WA is well integrated into the region but we are focused on a few core industries such as mining and gas, and we don’t do enough to understand how the region ticks and influence its development.

Unsurprisingly, research and development and other linkages through the university sector are encouraged via the commission’s many recommendations.

Nevertheless, there are some very appropriate messages that coincide with recent thinking, such as the efforts to re-engineer the old Colombo plan to ensure tomorrow’s regional leaders have a great understanding of Australia.

Another theme is the need for governments to promote the benefits that deeper integration brings. The commission also wants our federal government and its regional counterparts to coordinate policy beyond the free trade agreements that get all the press.

Potentially, this is where the commission has identified the greatest opportunity to influence outcomes. Our universities have a great record in Asia and are well placed to advise government.

The more Australian governments, via our educators, can assist developing nations in the region to build institutions and infrastructure, the more easily understood we will be and, as a result, the more our strategic needs will reflect those of region.

Rolling with the roles

WHILE on the topic of universities, there has been a great deal of change at the pointy end of several institutions in recent years (and more to come).

As mentioned above, Murdoch has brought in several key players from overseas including Professor Higgott, and another relative newcomer, University of WA vice-chancellor Paul Johnson, is making similar moves.

Professor Johnson recently announced that, following an international search, Dawn Freshwater has been appointed to the position of senior deputy vice-chancellor. Professor Freshwater has been pro vice-chancellor for organisational effectiveness at the University of Leeds, responsible for leading organisational change and academic planning and performance.

Over at Curtin University there is change too. I thought it was unfairly criticised in The Australian newspaper recently for being too masculine in its governance structures.

Curtin happens to be between chancellors, both female, with Jeanette Hacket having left and Deborah Terry yet to start. In the interim, Colin Stirling is acting vice-chancellor. Of the current six key managers reporting to the vice-chancellor, two are women.

The Australian reported Curtin as having the lowest female representation on its council in Australia in this respect with just 21 per cent women. Edith Cowan University was WA’s best with 48 per cent, followed by Murdoch with 41 per cent and UWA at 33 per cent.

Notre Dame University wasn’t listed, even though it is headed by Celia Hammond. Curtin’s governing council is comprised mainly of men, but when I glanced at the list there were several vacancies, suggesting there was plenty of room to find more balance, if that was needed.