Could the contrasting fortunes of Atlas and Elders signal the start of a rural revival? 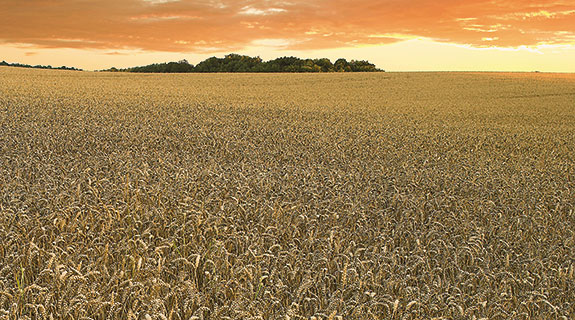 GROWTH: Elders is leading the way for companies involved in the farm sector.

Could the contrasting fortunes of Atlas and Elders signal the start of a rural revival?

Andrew Forrest, Gina Rinehart, and other rich people are not alone in redirecting some of their money away from mining and into farming; as can be seen in the recent performance of two stock-exchange listed companies, Atlas Iron and the resurgent Elders.

The saga of Atlas is well known to most investors in Western Australia. It flew high on the back of Chinese demand for iron ore and crashed in a flooded market, wiping out billions of dollars in the process.

The story of Elders is less well known, but older investors remember it as the company once used by Melbourne entrepreneur John Elliott as a vehicle to thwart attempts by the late Robert Holmes a Court to acquire control of BHP in its pre-Billiton days.

Like Atlas, Elders has spent time in the sin bin reserved for deeply troubled companies. Even after Mr Elliott left the scene and Elders returned to its roots as a rural trader specialising in wool and cattle, it remained hamstrung by a lousy issue of hybrid shares that made it unattractive to investors.

Look again and you’ll see Atlas and Elders playing out their roles as Australia’s resources sector shifts focus from shell-shocked mining back to its historic favourite of farming – just as Asia develops a taste for finer foods and clothing, and less of an interest in steel for construction and fuel to power its industries.

On the stock market, Atlas has crashed, burned, and is trying to revive itself. From a share-price high of around $4.34 in mid-2011 the stock is now trading at around 3 cents, a truly spectacular 99.3 per cent wipeout.

The difference today is that Atlas remains stuck in the sin bin, weighed down by 2.66 billion listed shares, an oversupplied iron ore market, and a battle to keep costs below its break-even price of $US50 a tonne. Added to this are brokers’ tips that even its share price is too high at 3 cents, with investment bank UBS telling clients to sell because 2 cents is the stock’s likely future price.

Meanwhile, Elders is making its return thanks to a combination of solid trading in wool and livestock, the same industries that launched the business 176 years ago.

Droughts, floods, Mr Elliott, and the ill-conceived hybrid share issue have not stopped what is one of Australia’s oldest companies from finding a way to revitalise itself and, over the past two years, to outperform the once high-flying mining sector.

While Atlas has been busy losing money, including last financial year’s $240 million deficit, Elders has been ticking over with a steadily rising levels of revenue and profit.

Last week, Elders took another big step to rid itself of its past with an offer to buy back $30 million of the hybrid securities at $80 each, a $20 discount on their $100 issue price; but as holders have not received a return on them since 2009, there is likely to be a stampede to take the money.

Elders’ management described the hybrid buy-back as a step to normalise and simplify the company; and investors loved it, driving the share price up by 58 cents (16 per cent) to $4.19 in three busy trading days.

At its current market value of $350 million, Elders remains a shadow of its bloated size during Mr Elliott’s reign, but it is also a company leading the way in Australia’s rural revival.

In time, even the investment banking community might rediscover companies exposed to farming, though at the moment there is an amusing imbalance with at least eight banks still analysing Atlas (without a ‘buy’ tip to be seen) and two analysing Elders (Bell Potter and Morgans) with both saying ‘buy’.

Time for farming, anyone?

WITH the outlook for iron ore getting gloomier, not brighter, it is interesting to consider how another speciality of WA’s mining industry, ilmenite, could emerge a winner from the iron ore downturn.

In the region of Panxi, one of China’s major mining districts, miners are being forced to cut iron ore production because of its low price.

Unlike WA, however, where iron ore is produced as a stand-alone mineral without by-products, the ore in Panxi is a magnetite, rich in by-products such as titanium-laden ilmenite.

Analysts have been busy trying to work out who will benefit most from the complex change of conditions in Panxi, with one of the favourites being Iluka Resources, Australia’s biggest producer of ilmenite, rutile and their close relation, zircon.

What’s caught the eye of market watchers are the Chinese ilmenite import figures, which hit 242,000 tonnes in June (their highest level in more than two years), with demand expected to grow as Panxi iron ore output dips and China works its way through a large domestic ilmenite stockpile.

HOW low can iron ore go? Well, if you’re exposed to the industry it might be time to look away, because the investment bank that has called the downturn with alarming accuracy for the past two years, Goldman Sachs, reckons the current price of around $US57 a tonne is “the calm before the storm”.

What worries analysts at Goldman Sachs is the slowdown in China’s economy and the prospect of a sharp decline in steel production, which could drive iron ore prices down another 30 per cent to $US40/t over the next two years, before settling at a long-term $US45/t, a price at which only the biggest and lowest cost miners can post profits.