The federal government is well behind the private sector in a number of key areas. 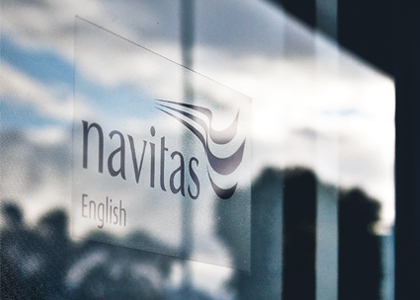 TALKING THEIR LANGUAGE: Universities and English-language colleges, such as Navitas, have plenty of experience engaging with Asia. Photo: Grant Currall

The federal government is well behind the private sector in a number of key areas.

“I FIND it interesting when the government talks about the approaching Asian Century like it has just worked out where Asia is, when the grain industry has been dealing with Asia for 60 years.”

These were the words published this week by The Australian newspaper in a story about chickpeas replacing wheat as a staple crop for many farmers.

The quote is from Pulse Australia president and pulse trader Peter Wilson. It resonated with me as I had formed a similar view when the federal government launched its Asian Century policy a fortnight ago.

In five years I have seen little from Labor governments to suggest they believe Asia is anything more than a commodities buyer whose purchases will underwrite its huge spending commitment.

Business, in the interim, has been engaging with Asia for decades.

Aside from farm produce, our miners have knowledge from trade deals and investment that would leave the federal government’s understanding of the region (outside diplomatic circles, of course) for dead.

Similarly, our education providers, especially universities and English-language colleges, have been engaging with Asia since the Colombo plan. In recent years they have felt the backlash of clueless federal government policies, such as abrupt visa changes that would not have occurred if the politicians and bureaucrats understood anything about Asia and truly believed in long-term engagement.

That Mr Wilson was quoted speaking from Pakistan further underlined the issue. How often has any of our Labor elite visited there? In between shutting down live exports to Asia and smashing the education sector, our leaders have been reluctant to show their faces in the markets they so rely on for cash.

A recent roundtable discussion at WA Business News on the issue of doing business with China raised the issue of Prime Minister Julia Gillard’s lack of interest in this important trading nation. Ms Gillard had visited Asia just once since she grabbed the position. Even her predecessor, lauded as a Mandarin speaker, seemed to alienate China once the honeymoon period of his election was over.

A key premise of the Asian Century policy is education. Ms Gillard was federal education minister before becoming prime minister, yet I can’t recall any emphasis on Asian languages during her tenure.

Let’s face it, the Asian Century focus is not the official outcome of an ideology long held by the government’s leadership; it is a big-vision concept pulled together by spin doctors of The Hollowmen ilk looking for something to take attention from every other misstep of the past five years.

And notice, these policies are always aimed to fill the media void of Monday morning and set an agenda for the week.

ANOTHER example of this cynical business-as-usual approach in Canberra was this week’s telecommuting push by Ms Gillard.

The prime minister announced on Monday that the federal government wants to double the number of public servants working from home to 12 per cent from 6 per cent at present.

All jolly good stuff until you dig beneath the surface and find telecommuting or working from home is nothing new in Australia. In fact, the federal government figures cited suggest its workforce is well behind that of the wider community as far as 2001 when the Australian Bureau of Statistics studied this subject in Sydney and parts of NSW.

Back then, 7 per cent of the population of the area examined employed by the private sector had ‘teleworked’, with the majority using the internet and email. Even back then in the digital dark ages, people were clearly telecommuting.

Ironically, government workers in the area reviewed were ahead of the curve, with 10 per cent working from home, taking the population average to 8 per cent that had recently worked at home during normal business hours for a full or part day.

In 2008 the ABS presented a clearer picture.

Back then, there were approximately 2 million people - 20 per cent of all employed people nationally - who usually worked at home in their main job. The average number of hours worked at home was 13 per week, which is well over the one-day -per-week target by our federal government for its employees in 2012.

Such statistics make Ms Gillard look out of touch when she states: “I believe teleworking can become an increasing feature of the Australian workforce, meaning people don’t have to do a long commute.”

THEN again, this is from the same cohort of people who, backed by union power, lectured us all on the importance of the need to work reasonable hours and need to be paid commensurately when overtime was needed as part of their industrial relations campaign against the government of John Howard.

But as soon as Labor got in power, in 2007, the new prime minister, Kevin Rudd, boasted his staff would bum the midnight oil to implement his agenda.

Mr Rudd later played down the level of staff turnover that resulted, but admitted life was tough as a political staffer because, for some reason, the high pressure of a political office couldn’t be compared to the private sector.

“It’s a tough life. People often have to relocate, there are crazy hours, it’s very intense, people are on the phone wanting X, Y and Z done in a short period of time,” Fairfax radio reported him saying in 2010 -just weeks before he was axed by his own party.

“A staff working year is probably like a dog year, that is it’s probably worth seven years in normal life.”

Pity any private sector employer who suggested their employees could do some dog years, too.

Not only was that hypocrisy of the highest order given Labor’s industrial relations agenda, it was also well behind what the private sector had long been doing. The elite of any major company or service organisation - from a mining major to a national law firm -would have been expected to work long hours and be at the beck and call of the CEO every day of the year. Thousands of executives and consultants would have laughed at Canberra big noting itself while playing catch-up with the corporate world’s 24-7 approach.

Out of touch and miles behind. I suppose there is nothing really new in that, is there?