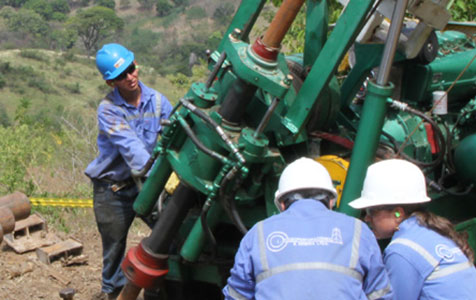 Site works at the Wonmunna project.

Gunvor today subscribed for 20 million of Ascot’s shares at an issue price of 25 cents per share.

“Gunvor’s proposed investment forms part of the company’s capital raising commitment in relation to the proposed acquisition of the Wonmunna iron ore project from Ochre Group Holdings,” Ascot said in a statement.

Under the terms of the deal, Ascot said Gunvor will have earned the right to appoint a representative to its board, assuming the conditions of sale are met.

Ascot said the total commitments of $11.2 million were enough to progress development of Wonmunna to a construction-ready state by mid-2015.

“To have the backing of Gunvor, a leading global commodities trader, reflects our ability to execute on our project development strategy for Wonmunna and to meet an expedited production timeframe,” Ascot executive chairman Paul Kopejtka said.

“As a potential off-taker and financer, Gunvor’s involvement alongside RCF is certainly welcomed by our team.”