Ascot Resources has agreed to acquire the Wonmunna iron ore project from Ochre Group, which, in return, will receive a majority stake in the previously coal-focused company. 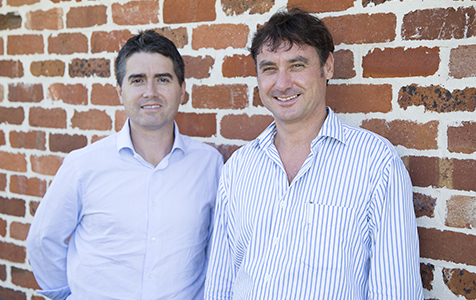 Ascot Resources has agreed to acquire the Wonmunna iron-ore project from Ochre Group, which, in return, will receive a majority stake in the previously coal-focused company.

Under the deal, Ochre will receive shares, cash and a royalty agreement linked to future production at Wonmunna, located in the Pilbara, and Ascot will also complete a share consolidation, capital raising and a board restructure.

The acquisition of Wonmunna, which Ascot is aiming to develop into a 5 million tonne per year iron ore mine, also represents a diversification of the company’s portfolio having previously focused on its Titiribi coal project in Colombia.

Ascot, which has 70.6 million shares on issue, said it would complete a two-for-one share consolidation prior to issuing Ochre with 88 million shares.

The companies have agreed that 90 per cent (79.2 million) of the 88 million shares to be issued to Ochre will be place in escrow, with one-third of these shares being released every six months.

The company will also pay Ochre $2 million in cash upon completion of the deal, and a further $29.7 million five years from the date the transaction is completed.

In addition, Ascot said it would seek to raise at least $10 million in equity by issuing shares at 25 cents per share.

Ascot said it had already received commitments from sophisticated investors to a total of $9.7 million, as well as a $5 million investment from its largest shareholder Resource Capital Fund.

If approved, ASX-listed Ochre will eventually assume a 53 per cent stake in Ascot, and, following the capital raising, the current shareholder base will be diluted from 100 per cent, down to 21.6 per cent.

Ochre will also receive a 1 per cent gross revenue royalty on production from Wonmunna starting 12 months from the first shipment or ore.

Furthermore, Ascot will have to honour the same royalty to Talisman Mining, which was an obligation of Ochre.

Mr Kopejtka and Mr Caruso have previously worked closley together when the former was chairman of Murchison Metals and the latter was chief executive of its operating company Crossland Resources. Mr Caruso was also managing director of Clive Palmer's Australasian Resources for 4 years from June 2006 to June 2010.

Ochre chairman Nathan Featherby and director McAndrew Rudisill will both be appointed as non-executive directors at Ascot.

Mr Kopejtka said following completion of the deal the company would focus on accelerating development of Wonmunna, with the goal of producing 5 mtpa of iron ore.

Wonmunna, which is located 80 kilometres north-west of Newman, sits adjacent to the Rio Tinto-operated West Angelas and Hope Downs iron ore mines and holds a mineral resource of 84.3mt or iron ore grading 56.5 per cent.