The state government has flagged the possibility of a broad inquiry into the use of imported building materials after confirming today that roofing panels supplied by Chinese company Yuanda to Perth Children’s Hospital contained asbestos. 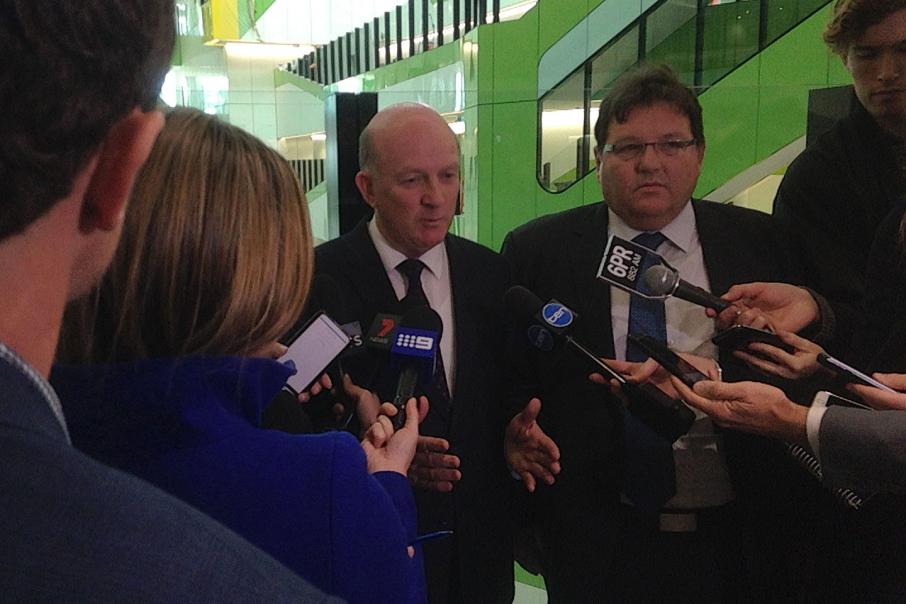 The state government has flagged the possibility of a broad inquiry into the use of imported building materials after confirming today that roofing panels supplied by Chinese company Yuanda to Perth Children’s Hospital contained asbestos.

Yuanda is a major international supplier of external and internal façade panels, and its products are used on several projects in Perth, including Fiona Stanley Hospital and Perth Stadium as well as the children’s hospital.

The Department of Treasury’s executive director strategic projects and asset sales, Richard Mann, said today it was virtually an act of chance that led to the discovery of asbestos in one roofing panel at the children’s hospital.

Speaking to journalists today, he also noted media reports of similar problems in other projects in Australia.

“It is clearly an issue that we will need to chase down very carefully,” Mr Mann said.

“We had test certificates confirming the acceptability and compliance of these panels.

“So to have a confirmed compliant product turn out to be contaminated is a very serious issue.

“That could have implications broader than this project.”

“That is potentially the case, which is why this is so serious and why we need to look very carefully at other building components,’’ Mr Mann said.

Head contractor John Holland, which is owned by China Communications Construction Company, is conducting a review to ascertain how the contaminated panels were used.

It will audit all other imported building materials used at the project, especially any containing fibre cement.

John Holland has also committed to replace the 150 roof panels supplied by Yuanda, at its own expense.

It’s the latest in a series of costly blunders and delays at the hospital project.

John Holland project director Lindsay Albonico defended the company’s response to the asbestos discovery, which occurred on Monday afternoon when workers were drilling through a panel.

The company learned of the incident on Tuesday afternoon.

“The moment I became concerned about that, I activated a management plan as though it was asbestos,” Mr Albonico said.

“We cleared the site the moment we knew.”

He said John Holland demobilised the workforce on Tuesday, tested the crib rooms, and briefed the 40 workers who had registered a concern.

He said potentially 20 people were involved in the installation process.

Today’s confirmation of asbestos contamination comes after the testing of a controlled set of samples.

Health Minister John Day said the panels were fully encapsulated in metal, and there was only a problem if they were drilled into, as occurred on Monday.

“All of the assurance we have been given is that is safe to be here and for work to continue,” Mr Day told journalists at the hospital.

The 150 panels are on the eighth floor around a plant room.

Mr Day said he was hopeful the opening of the hospital would not be further delayed by the rework.

Mr Mann said it made sense for John Holland to conduct an initial audit, as it had relevant documentation and contacts.

“John Holland in the first instance is undertaking a detailed audit,’’ he said.

“The state will assess that audit and determine whether further investigation is required.”

Mr Mann also defended the initial testing process, which was undertaken by an independent Chinese authority and checked by a John Holland technical consultant

“It’s very surprising we would have such an occurrence in such a well-established manufacturer of building components,” he said.

“How this happened in the manufacturing process is what we need to find out.”

“Workers need to be given the protection they deserve and the site should be closed until it has been rendered safe,” he said.

“This is 2016, there should be no circumstances that allow asbestos onto major building sites, let alone our new children’s hospital.

“This project has gone from bad to worse and been completely mismanaged by the Liberal government.

“We have had delay after delay, substandard fire doors, defects with water piping, subbies not being paid and now asbestos.

“It is simply unacceptable that harmful asbestos could be contained within the structure of a building that will treat some of the state’s sickest children.”

Meanwhile, Western Australian Building Commissioner Peter Gow announced on Friday that the Building Commission will carry out an independent audit of the use of Yuanda products in the WA construction industry, beginning with the Perth Children’s Hospital.

The Commissioner said the initial focus was to ensure the safety of the Perth Children’s Hospital site and that any risks to public safety were managed.

“The audit will check that the building has been completed in accordance with the plans and specifications, so the public can be confident it is suitable and safe to be used,” Mr Gow said.

“This is only the first step in a wide-ranging investigation. In association with our WorkSafe colleagues and other agencies, we will work to determine where other products supplied by Yuanda have been used across the State and that those buildings are suitable and safe to be used.”

Mr Gow said the relevant regulators are also working to identify how this product containing asbestos was able to enter the country, and would take action against builders or importers if required.

“If during the investigation there is any evidence of inappropriate or improper conduct, it will be dealt with accordingly by the relevant regulator,” he said.