Julia Hales is a pioneer for the state’s arts and disability community, as shown by the fact she has brought together three of the state’s key arts organisations to co-produce her latest play at the State Theatre. 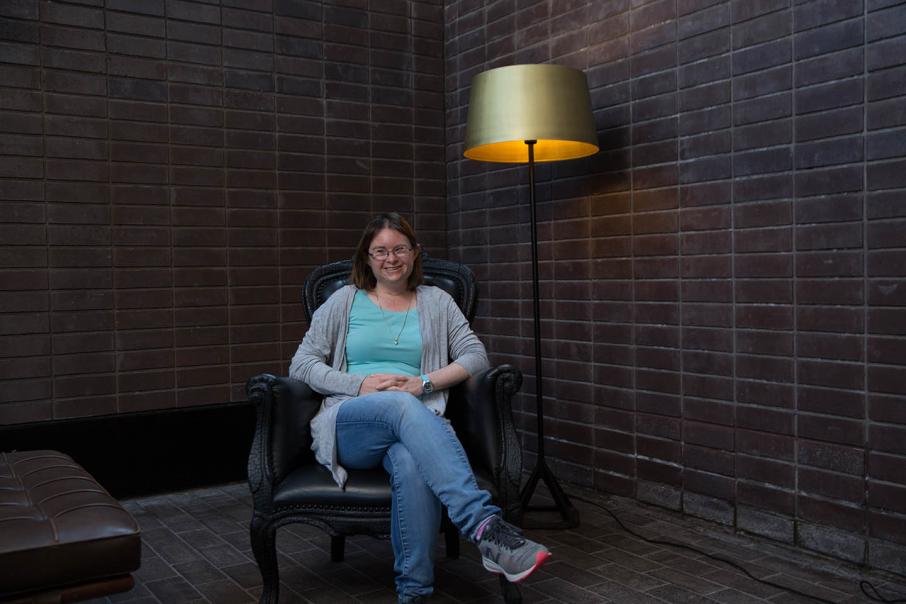 Julia Hales says her play shows the capabilities of those living with Down syndrome. Photo: Attila Csaszar

Julia Hales is a pioneer for the state’s arts and disability community, as shown by the fact she has brought together three of the state’s key arts organisations to co-produce her latest play at the State Theatre.

The actor, who lives with Down syndrome, is a member of Disability in the Arts Disadvantages in the Arts (DADAA). She has garnered the support of Perth Festival and Black Swan State Theatre Company to tell a story of love, belonging and acceptance.

“Hi everyone, welcome to my play, You Know We Belong Together. I’m Julia Hales; I’m 37, and I’m single,” Ms Hales says as she opens the production.

“I have two dreams, I want to be an actor on Home and Away – that’s been a lifelong dream – and my second dream is that I want to find love. For maybe a year or two, move in together, he’ll come home to me every night; and then if we still want to be together, then get married.”

Ms Hales told Business News she had studied the history of people living with Down syndrome and other disabilities and she wished to show her audience, and the world, that all people deserved a quality life.

“I want people to know that there’s so many things we can do, so we can be a part in one big world like everybody else,” Ms Hales said.

The production, co-written by Ms Hales and refined by Black Swan artistic director Clare Watson, includes clips of interviews Ms Hales has conducted with couples living with Down syndrome.

And, as a special feature, it shows an excerpt of Ms Hales performing at the set and with the cast of Home and Away, as the TV character Alf Stewart’s long-lost daughter.

“I always wanted to play Claire Stewart. I hope this play can be the audition for being in Home and Away,” Ms Hales said.

“She saw this huge potential for this population that weren’t part of our cultural narrative, so when she got the job at PIAF pretty early on she got in contact and said, ‘Hey, I really want to work with you and your community’, so we just set about doing that,” Mr Doyle said.

Perth Festival and Dadaa have been engaged in a four-year partnership since 2016.

Mr Doyle said You Know We Belong Together was the furthest any Dadaa artist had come in terms of reaching a mainstream audience.