Artists get creative on sales

With fewer exhibition opportunities or prospects of gallery representation, local artists have diversified their approach to the market. 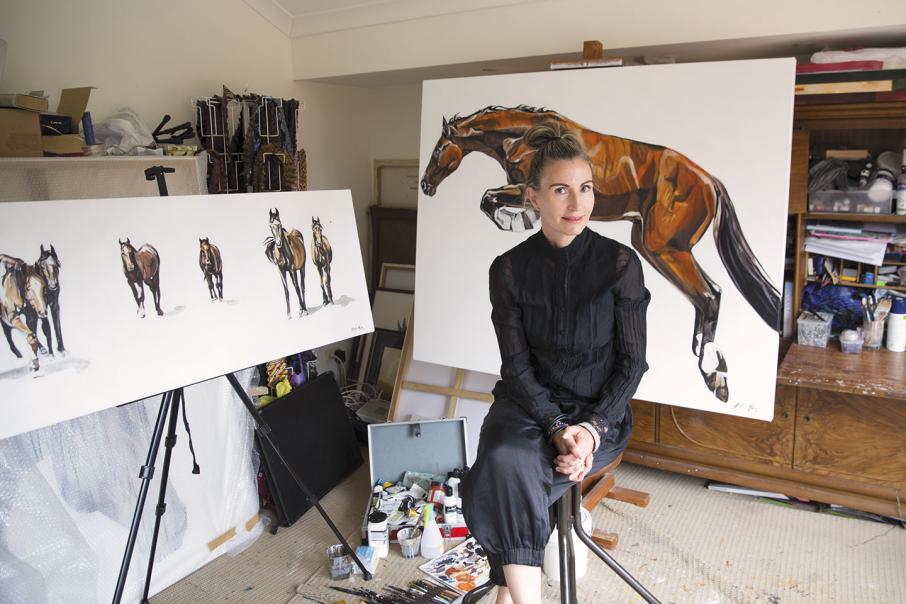 With fewer exhibition opportunities or prospects of gallery representation, local artists have diversified their approach to the market.

The closure of more than 10 commercial galleries in Perth since 2012 has prompted many in the Western Australian sector to craft new means of market engagement.

Local and prized artist Roslyn Nolen is preparing for her next 26-piece solo exhibition, ‘Homage to the Horse’, which opens on January 27 at Gallows Gallery in Mosman Park.

Ms Nolen held her first solo exhibition in 1990, but has been a full-time artist for just six years, and now exhibits her work all over Australia and overseas.

“Producing art is not only about creating imagery; it’s a business where budgets and planning are integral to the durability and longevity of an art career,” Ms Nolen said.

“Mostly I don’t think people understand the process of pricing a painting.”

Ms Nolen said her pieces varied in price depending on size, as well as consideration of time and the medium used to produce the artwork, with work starting at $495 up to $5,000 for her larger pieces.

She said cost of materials, framing, marketing, opening-night expenses as well as gallery hire and commissions of (on average) 45 per cent, were just some of the factors needed to be taken into consideration.

“It’s a tough and changing industry, you have to remain focused on being successful,” Ms Nolen said.

As part of a strategy to diversify income streams, Ms Nolen has created her own clothing label – tOZZLEY.

“The clothing line gives people an opportunity to see my imagery not just in the fine art form,” she said.

“People have the opportunity to wear my art, it becomes like a walking advertisement.”

Ms Nolen said the exposure provided by social media had also created new avenues for artists to sell work, although she acknowledged this had potentially caused local galleries to suffer.

In 2016, the international online art market reached $3.27 billion, an increase of 24 per cent on the previous year, according to a Hiscox international report, with buyers under 35 years of age making up 46 per cent of these sales.

Since its launch in 2013, Artfinder has built a network of more than 500,000 subscribers and over 8,000 artists, with 250,000 artworks listed across a range of categories including photography, sculpture, painting and collage.

Prior to joining the site in 2015, Mr Venditti submitted pieces to one Perth gallery, which decided to not take his work on.

Now he is one of Artfinder’s top five Australian sellers.

“I couldn’t even imagine that people from across Australia, the UK, US, Canada, Sweden and Switzerland would buy my work,” Mr Venditti told Business News.

For the past decade Mr Venditti has been perfecting his oil-based paintings, and while he spent the first few years creating artwork while working in a customer service role, he is now a full-time artist. 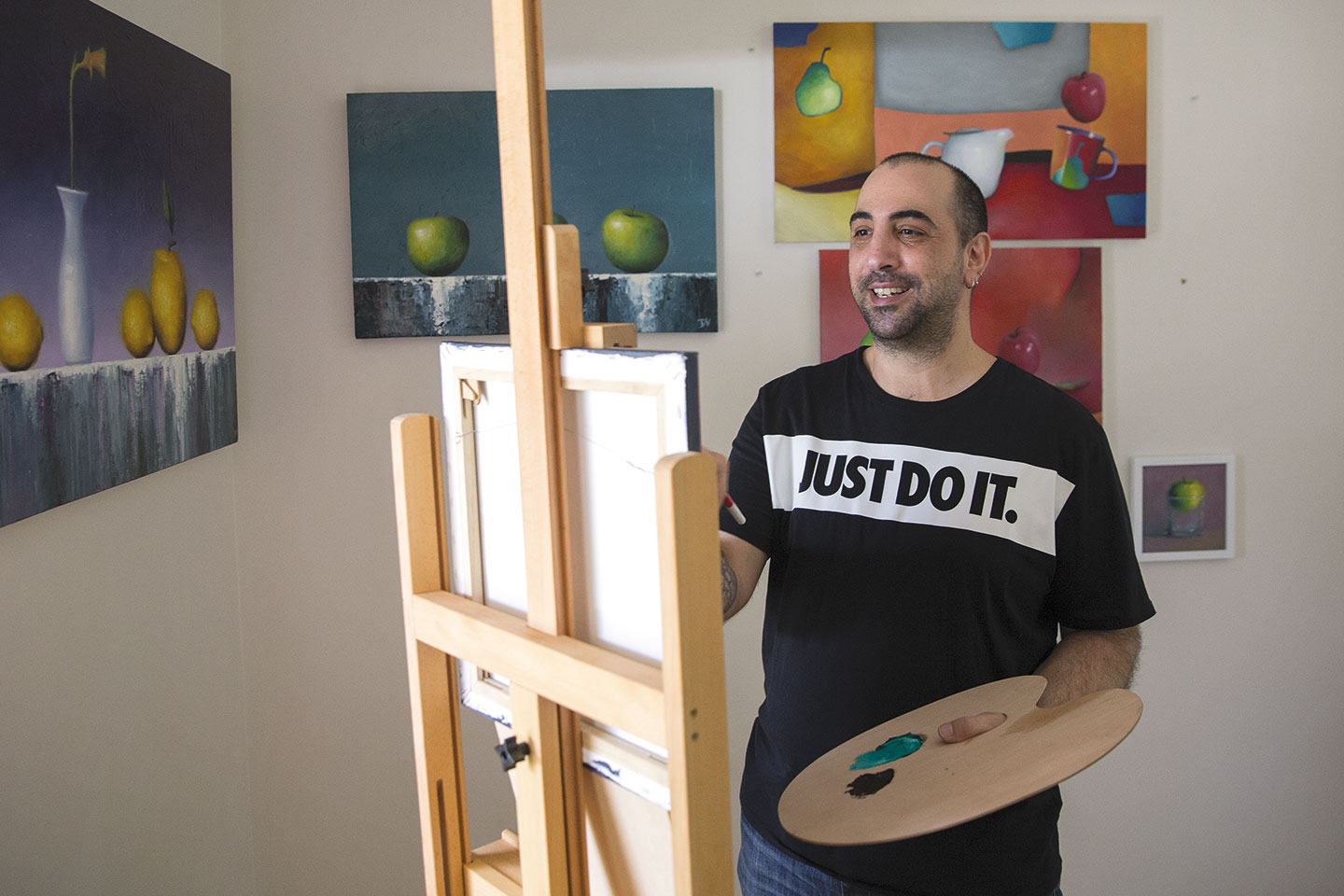 Damien Venditti has found viability on online platform Artfinder, which exposed him to both local and global buyer markets. Photo: Attila Csaszar

Mr Venditti said although he had a website for his artwork as well as social media channels, only a handful of sales had been made through these means, with Artfinder generating the bulk of his income.

“It took about six months until I started getting regular sales on Artfinder; since then almost every month I sell something,” he said.

“That’s the big advantage; constant sales through Artfinder have cut out the need for me to get out there and really try to sell my work.

“So I can just get on with the business of being an artist, which is what all artists want.”

Mr Venditti said a perk of the platform was that it didn’t place limits on price points, with many galleries setting a minimum price. In addition, Artfinder’s commission was set at a lower rate.

“The attitude is that art should be affordable to everyone,” he said.

Last November, six Fremantle homeowners opened their doors to the public to showcase and sell artwork from the walls within their private homes for the annual Artist Open House Fremantle – a community event that aims to make art affordable and accessible to everyone.

Founder Cathrina Read said the idea for the initiative was sparked after talking with friends whose shows were not selling as well as they had in the past.

“I felt that galleries had exhausted their markets and I could see many closing doors,” Ms Read told Business News. “So where could artists sell their work?”

Artist Open House has been running for three years and the 2016 event, which took place over a weekend in November, drew over 3,000 in attendance, exhibiting pieces from 24 emerging and established artists – the majority based in WA, five from interstate and one from overseas.

“We’re by no means trying to replace commercial galleries; we specifically try to develop a market for the art. A lot of sales are first-time art buyers, not necessarily the seasoned art buyer.”

Ms Read said making artwork affordable and accessible was integral to the success of the event, and that displaying art in a domestic context exposed people to art they might not otherwise have engaged with.

“We wanted to break down barriers in a non-intimidating domestic context that everyone is familiar with,” she said.