Artist in residence with Tom Muller

Artist and curator Tom Muller says Fremantle, like many port cities worldwide, has a wealth of heritage and history. 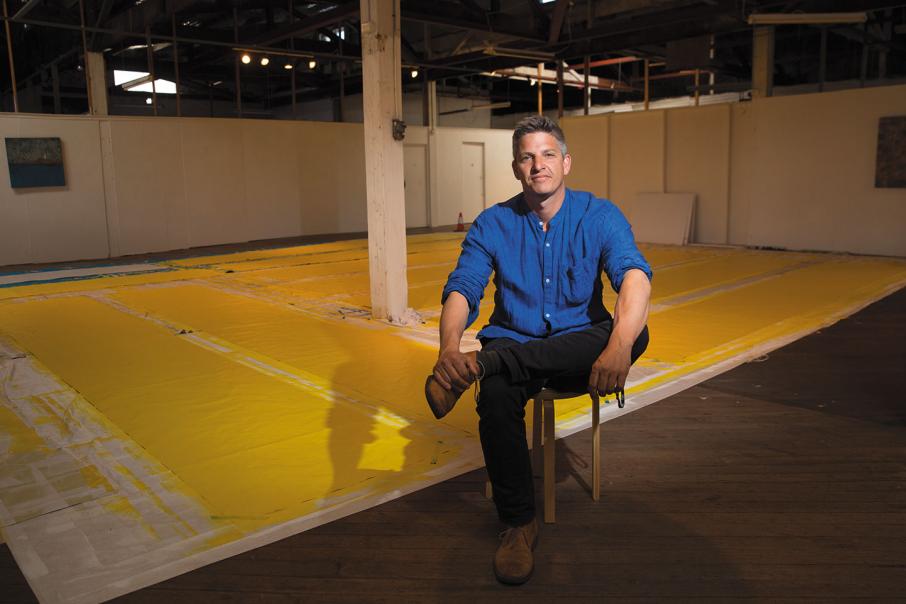 Tom Muller says every great city in the world has a biennale. Photo: Attila Csaszar

Artist and curator Tom Muller says Fremantle, like many port cities worldwide, has a wealth of heritage and history.

However, the artistic director of PS Art Space told Business News it was the uniquely Western Australian aspects of Freo’s culture that prompted him to spend the past two years working on the street exhibition titled ‘High Tide’, which forms the unofficial visual arts component to the annual Fremantle Festival.

‘High Tide’ will run alongside the festival from October 28 to November 12.

“It’s all about temporal activations, which means we invite artists to come out into the street and create a work in response to a given street,” said Mr Muller, who has led work on the project in collaboration with the City of Fremantle.

Swiss-born Mr Muller immigrated to Fremantle at the age of 17.

He graduated from Curtin University with a bachelor of visual arts degree in 2000, and later joined PS Art Space, a Fremantle exhibition space/function venue/community arts studio.

“Every great city in the world has its own biennale,” he said.

“It’s for a month or two weeks where an entire city gets transformed by artists.

“It’s driven by storytelling and looking at the collision of different people living in that place – immigrants, the indigenous past, engineering feats, et cetera.”

If there were a headliner for ‘High Tide’ it would be Swiss artist Felice Varini, who is something of an arts superstar in Europe, according to Mr Muller.

“He basically applies one graphic to the entire street, like a sticker,” Mr Muller said.

“That art piece is essentially about looking at the architectural make-up of high street, which is all about Edwardian architecture.

“With Felice Varini’s artwork you have to stand in one physical point, because if you move you just get fragments of colour; if you get in the right point, the whole street, the whole piece comes together as one composition.”

Mr Muller’s work will also be featured as part of the festival within Fremantle’s Roundhouse.

“The Roundhouse is charged with history,” he said.

“You may know it used to be a holding place for convicts and indigenous prisoners who were sent to Rottnest, so it’s a sensitive area.

“I work with smoke machines, so the idea for me is to use fog machines in the Roundhouse that go off every hour.

Mr Muller said he and the team behind ‘High Tide’ were privileged to have received substantial funding within the current economic climate.

“We managed to raise a quarter of a million dollars, because the project is so diverse,” he said.

“We’ve got emerging artists, established, we’ve got international artists and indigenous, so I think we’ve ticked a lot of the funding criteria boxes, which wasn’t why we did it, but it just happened to be pertinent to what funding conditions were looking for.”

He said federal and state governments, Notre Dame University and the City of Fremantle made major contributions to the staging of ‘High Tide’.